He prayed...and eventually came to a realization about agency that led him to a desire to get baptized and commit himself to conquer the natural man if it took him his whole life... 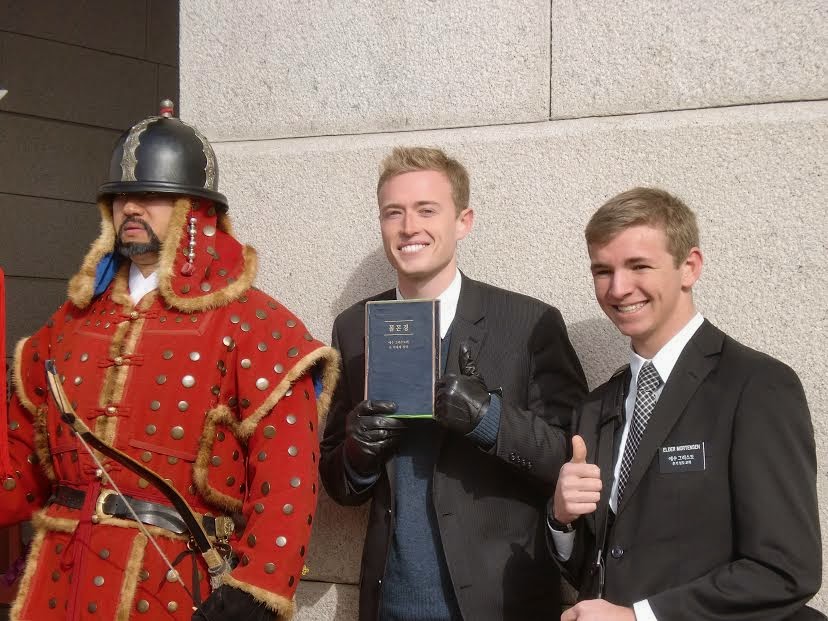 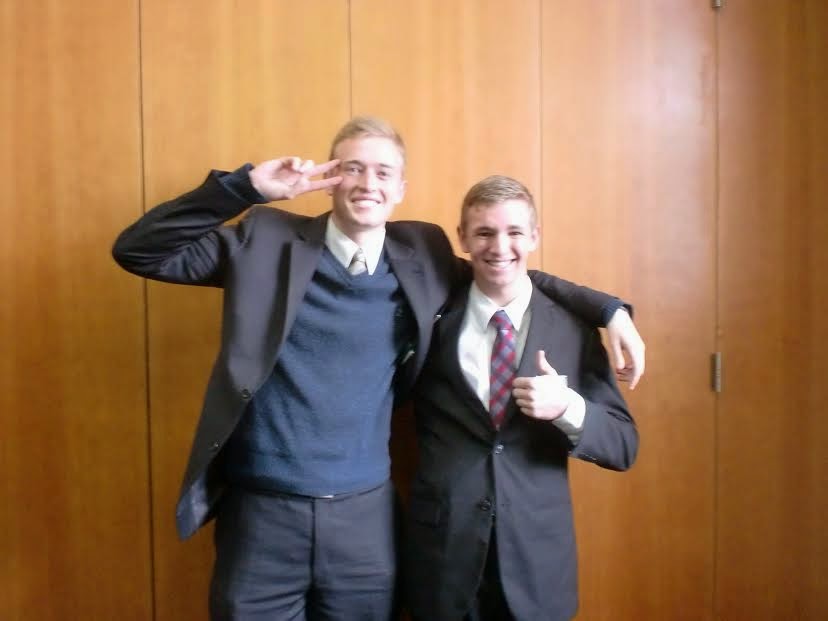 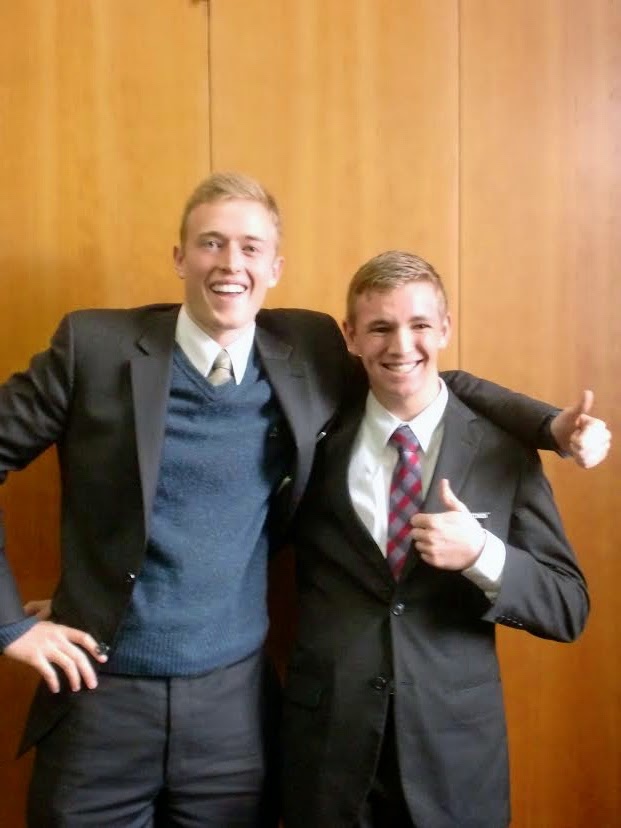 This week started off with a temple day followed by my second trip to the Korean War Memorial. Epic, as ever. I need to get a documentary about the war asap once I get back. Wednesday was district meeting. I trained about planting Books of Mormon. Basic premise is that even though we are focusing on the Book of Mormon this month, that doesn't mean pass them out willy nilly to everyone you meet. Effective use of the BoM isn't tossing seeds like wheat, it's a lot like planting potatoes (thank you Papa). You need to find a hole (need) and fill it with the BoM. Focus was answering questions of the soul and how to effectively use the BoM during contacting. This week will be more oriented towards continually strengthening our investigators faith/testimonies though correct use of the Book of Mormon. Kind of continuing the theme of planting and growing things. It will probably be ok, but not mind blowing.

After that I had a companionship reunion with ... my comp from transfers 2 and 3. Jundo was a blast because now that I can understand what's happening, it turns out that we are great at playing off each other. Set a few appointments then did a bit of teaching as well.

We picked up a couple of investigators this week and neither of them seems like they have a ton of potential, but at least we have something to work with now. If either of them starts to go anywhere, I'll let you know more about them.

Restarted the diet after a couple weeks of  not doing it. Stomach is doing a lot better lately. I think it was definitely the protein, which bums me out a little bit, but what can you do? However I made way to much of cheat day last Saturday. It was pi day after all, and not just pi day but the day that we get out to extra digits. 3.1415927 (2015, 9:27am). We made a bunch of butter scotch pies to celebrate, but were also treated to two different cakes because a couple Sisters in my district had birthdays, then came back and ordered fried honey chicken to be delivered to the house. Mistakes. I had a tummy ache, but Elder B upchucked everywhere.

Cried laughing the other night after substituting the word jib saram for nay sarang in Love at Home. You won't get the joke, and if you did it still wouldn't be that funny, but the four of us were just in the right mood, I guess. Lost our minds.

Highlight of the week was definitely the baptismal service yesterday though. I was able to baptize one of my investigators, G. It was awesome. He was raised Southern Baptist, I contacted him on the street. He was very accepting of our answers to the hard questions, but still willing to ask them. Very humble, and very funny. Wife is a wicken. His big concern was a "chink in the armor" that was eventually revealed to Me and Elder V after Elder C left. Was willing to get baptized if God confirmed to him that the church was true, but was listening for the still small voice, not the thunder or the wind. Last meeting I had with him before I transferred (which we were not planning on when we taught the lesson) he was getting ready to go into the field for a training excercise and I challenged him to make the field his sacred grove. He did it. Prayed his butt off, and eventually came to a realization about agency that led him to desire to get baptized and commit himself to conquer the natural man if it took him his whole life. Great guy. 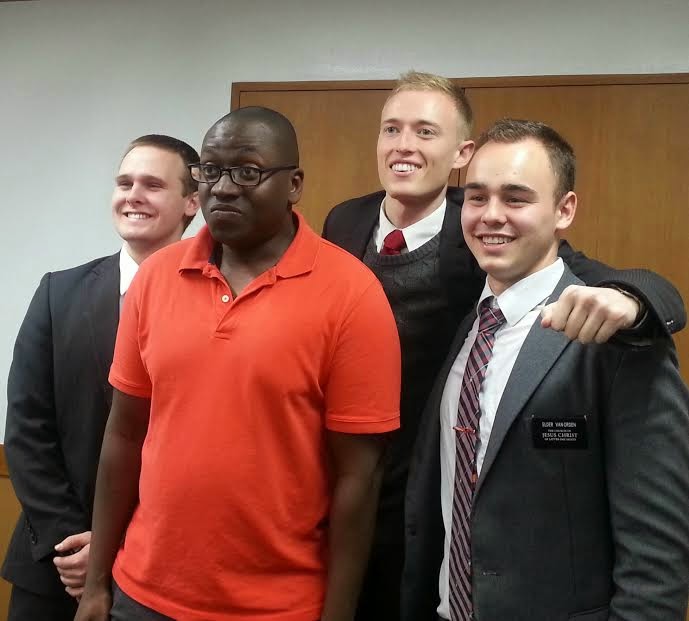 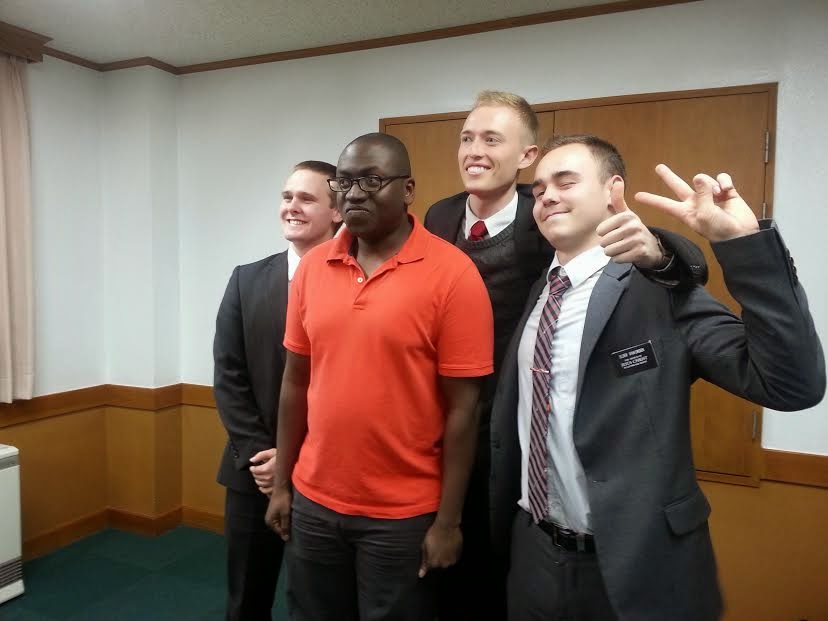 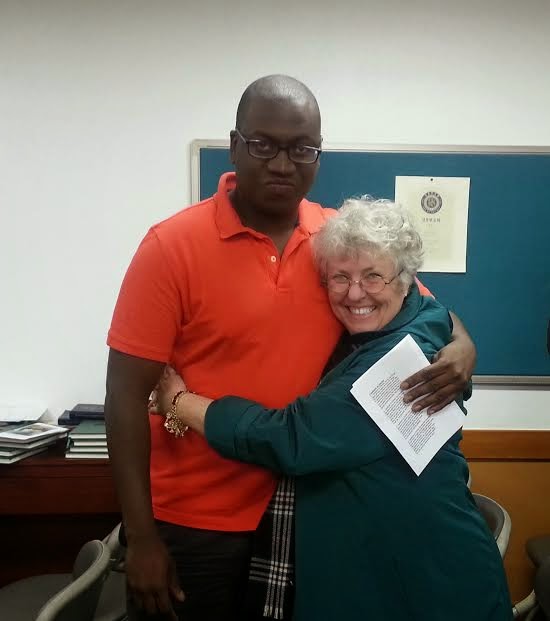 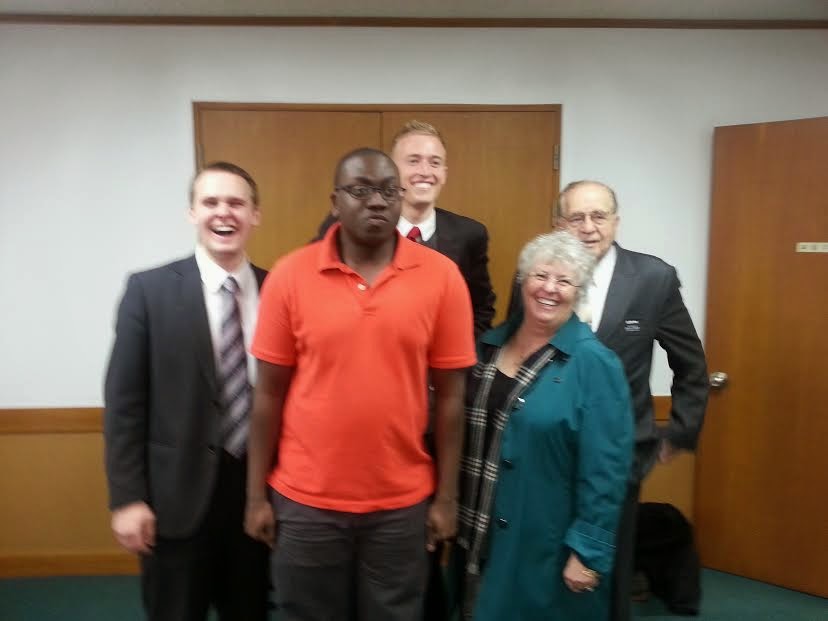 We got President’s permission to go up after church, but the service got moved up an hour without me hearing about it, so I barely got there in time to be ready to baptize him. Took the whole day, but I say worth it.  We got it done.  M did a killer job on the baptism talk and G’s testimony was phenomenal. So great to see him make it full circle.  It's always nice to have someone thank you for talking to them on the street, and nicer to hear them describe baptism as one of the greatest moments of their lives, which both M and G did. Great ending to my service there, though I suppose if things go the right way with R, I may be able to make it out one more time.

Got to see what's left of the Dongducheon crew .... Getting to see old friends as well as seeing some of the fruit of my labors in Dongducheon area was a rewarding and rejuvenating experience.

Love you all and wish you the best!