People, I'm coming at you live from the MTC.

Ok, well that isn't totally true. I'm going to spend some time reviewing, but I am in fact here. Answer promptly.
Side note: the apostrophe key doubles every time for some wierd reason. Right now I'm going to push shift and apostraphe with the hope that a quotation mark appears. And...shazam! "" I have lost not the will to live, but the will to press the delete key, so deal with it for today I guess.

I''m not going to lie. I miss you guys, but it was a lot easier than I thought to cut myself off here. Don''t take that personally, I just think I was really ready to go.

Or at least I was until I was brought to my class room.

The class room could be described as a hobbit hole. It''s underground and everything is about half the size neccessary to fit us in. Especially considering that I''m the size of two Frodos at least.

Side note the second: I keep running into people from New Zealand and one of the guys in my district/room is also a huge LOTR fan, so maybe that''s why I feel at home here.

That all said, we get really comfy chairs that flex a bit to make us comfortable and have the capacity to lean backwards given a wall that is farther than two inches from my sitting back. I was the last guy in my district to arrive besides a sister from Australia who just got here today.

Side note the third: Things would be much easier for everyone if all the sisters were hideous. That is all.
As the last guy to arrive, I climbed over an elder into my seat while being greeted by Sister Lee, my Korean teacher. The first day I don''t think we got a word of English out of her, and none of us really understood what she was trying to say beyond my titular phrase which means hello. (I just barely switched computers and the apostrophe key works, so life makes sense again) I think the primary purpose of the lesson was to scare the crap out of the lot of us so that we would study harder. Mission accomplished.

Now that I think about it, maybe that phrase has a bit too much irony for me to use.

We finished off with an activity where we had three investigators who were either real or astoundingly good actors. Either way, in the activity the "investigators" were bombarded with testimonies and doctrine with no real thought or creativity by missionaries adventurous enough to participate. Which makes it sound like I didn't. Ok, I involved myself without trying to show off or stick out. I asked a question or two but didn't try to take over the discussion. The lesson I learned was that our job as missionaries is to teach people rather than principles.
I really like the guys in my district. We get along super well and all of us are really focused. While most of the guys are yelling around and goofing off in the bathroom somewhere (which is exactly as awkward as it sounds), we are studying scriptures, saying prayers, or writing in our journals.

I may redact this statement, but as of now, the food here is most excellent. There are three or so main lines with a soup and salad bar, drinks of all juicy, milky, and carbonated varieties, and the best part is it is all limitless. I'm going to get so fat here it's awesome. Between that and my oriental experience, I might end up working at the Happy Sumo someday.

The best news is that I'm not a district leader. The choices have been made and God loved me enough to not put any more on my plate. I'm having a rough enough time handling the 3-4 hour straight classes in Korean with no English spoken. Throw scripture study, staying close to fit, and writing home into the mix and I'm barely afloat. At this point I've got that Just Keep Swimming song that Dory sings stuck in my head right next to the entire Tangled soundtrack.

I still can't believe I didn't get another run at the Princess Bride in before I left.

I should probably get back to that as soon as my laundry is done. Oh yeah, my P-day is on Friday, at least while I'm here. I didn't unleash ninja Josh and sneak onto some computer somewhere.

Forgive me if pictures are a long time coming. A day may come when I take pictures but it is not this day. (For those of you who didn't understand that reference, do yourself a favor and go borrow my LOTR dvds. For those of you who don't know what that is, that means Lord of the Rings. That's how you should be spending your time, not reading this.)

Also, the church is true. Amen. 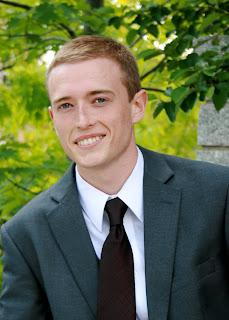 Until July 30th, all correspondence can be addressed to: 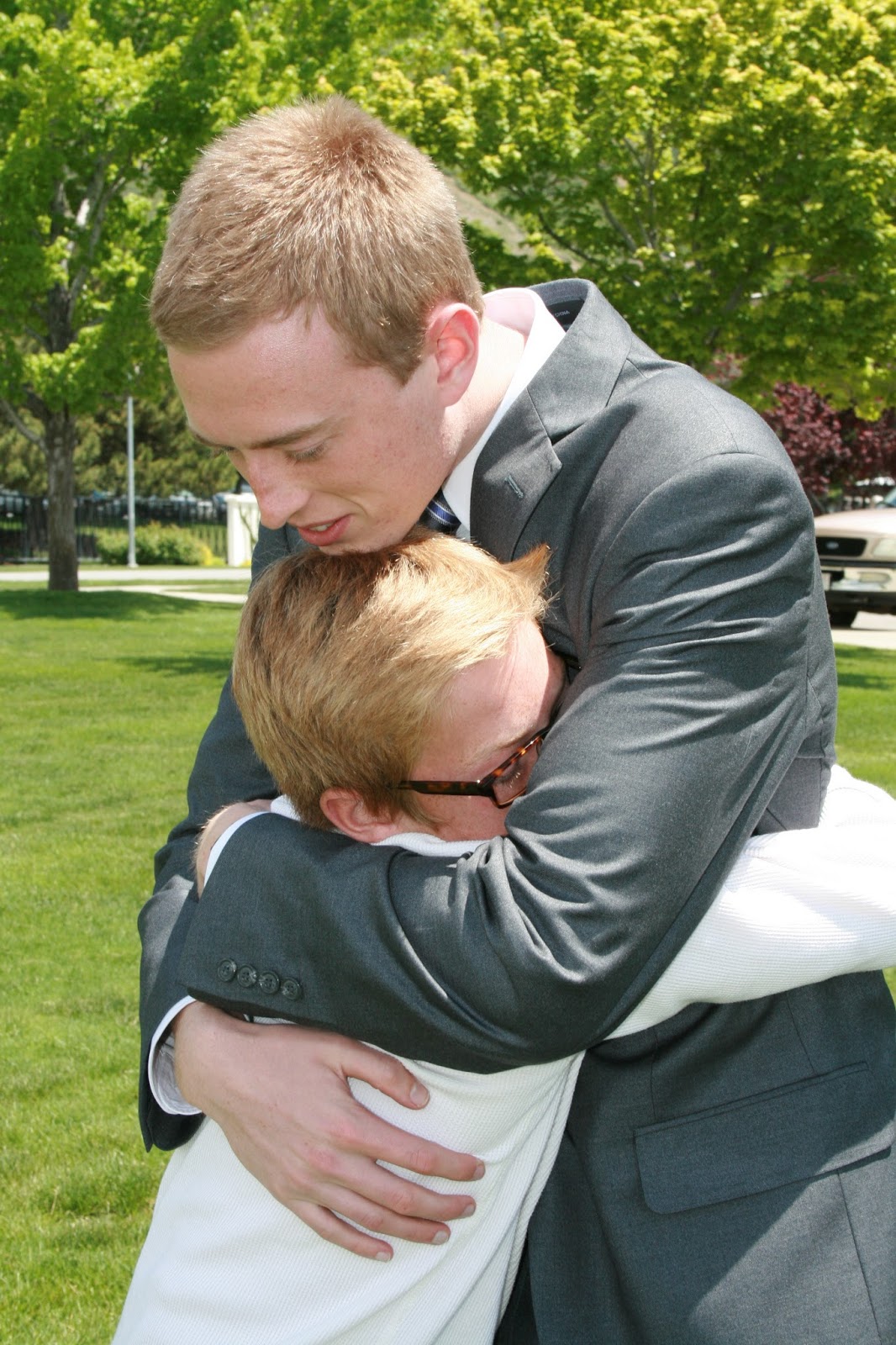 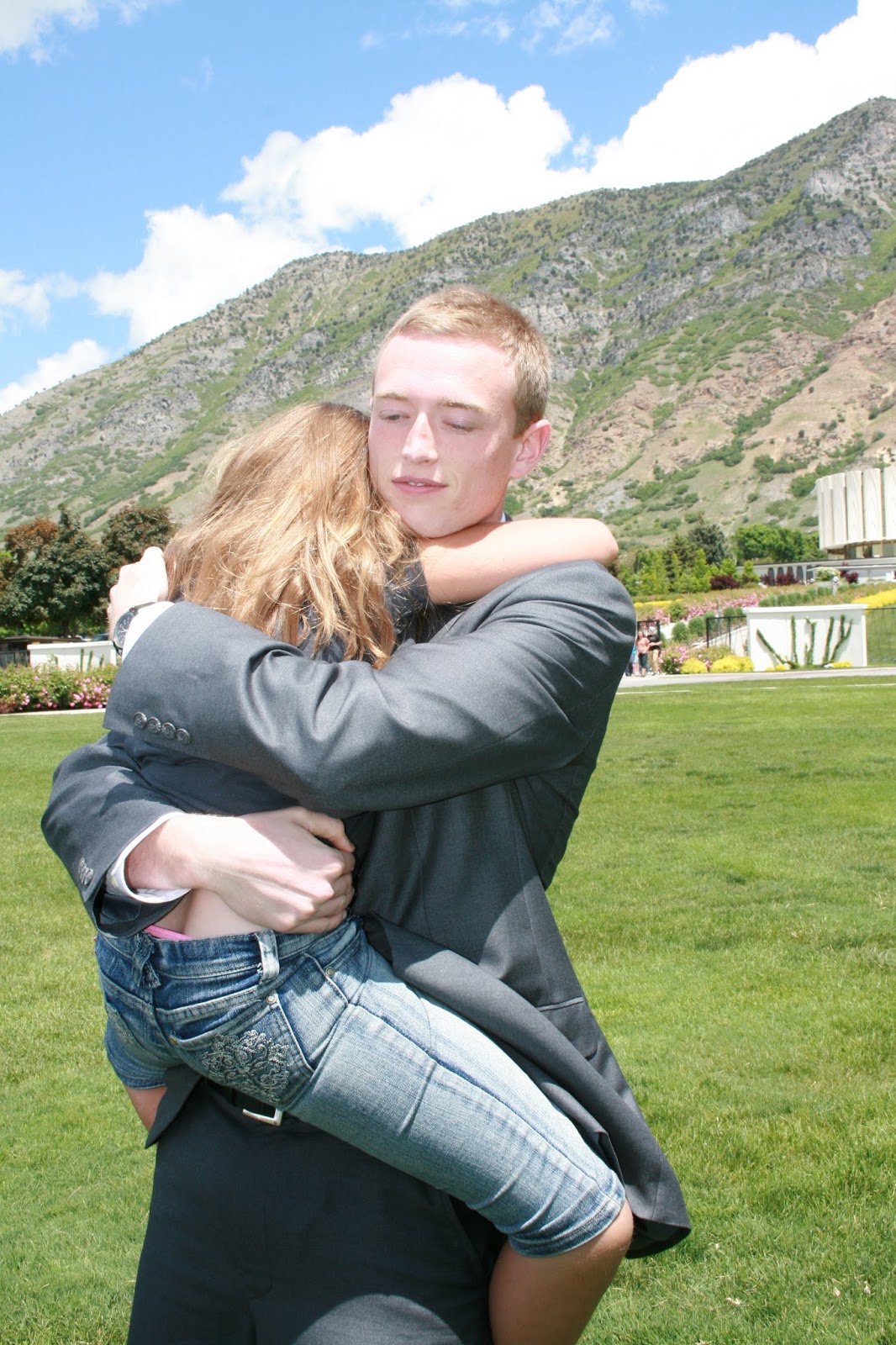 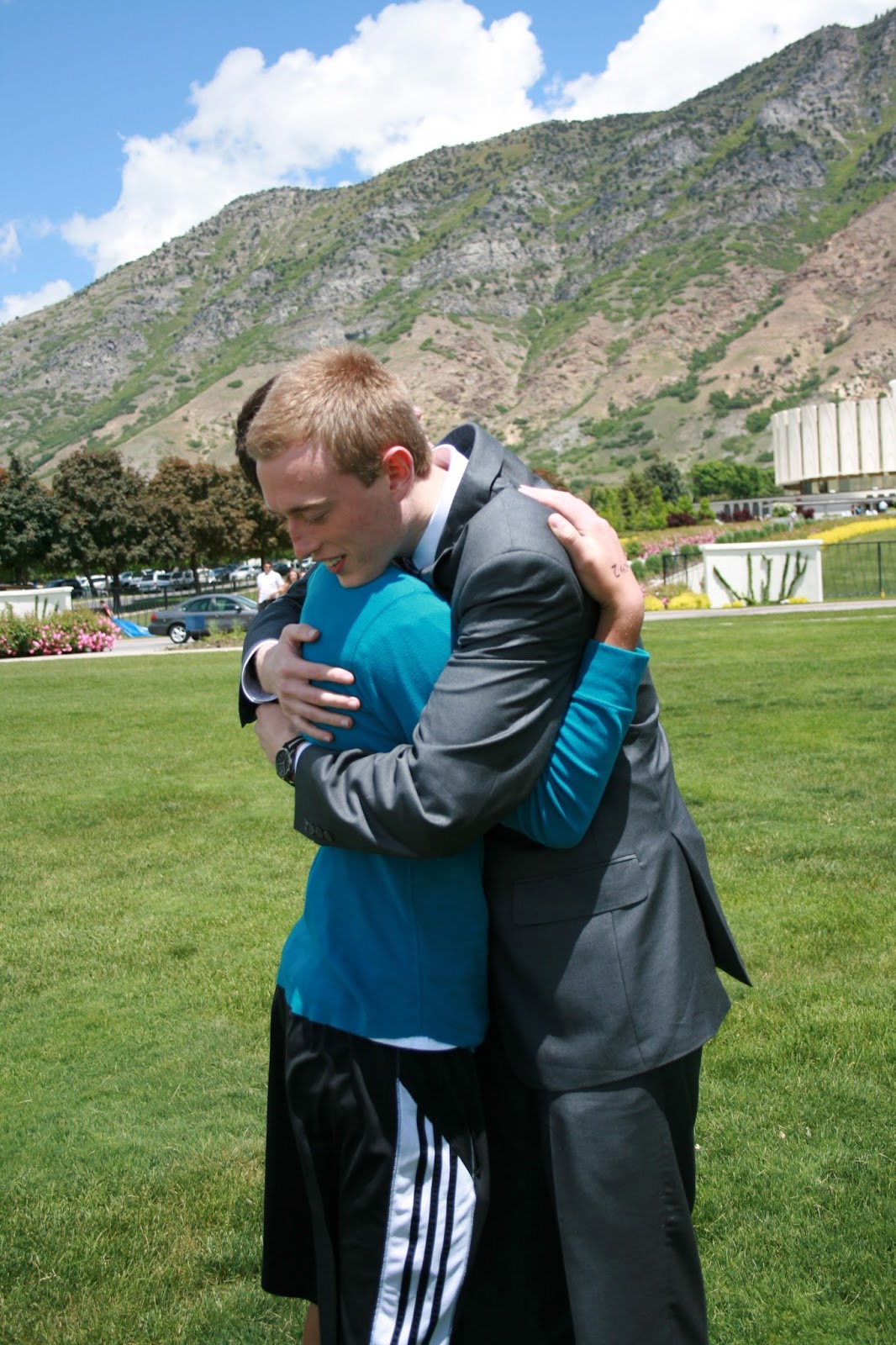 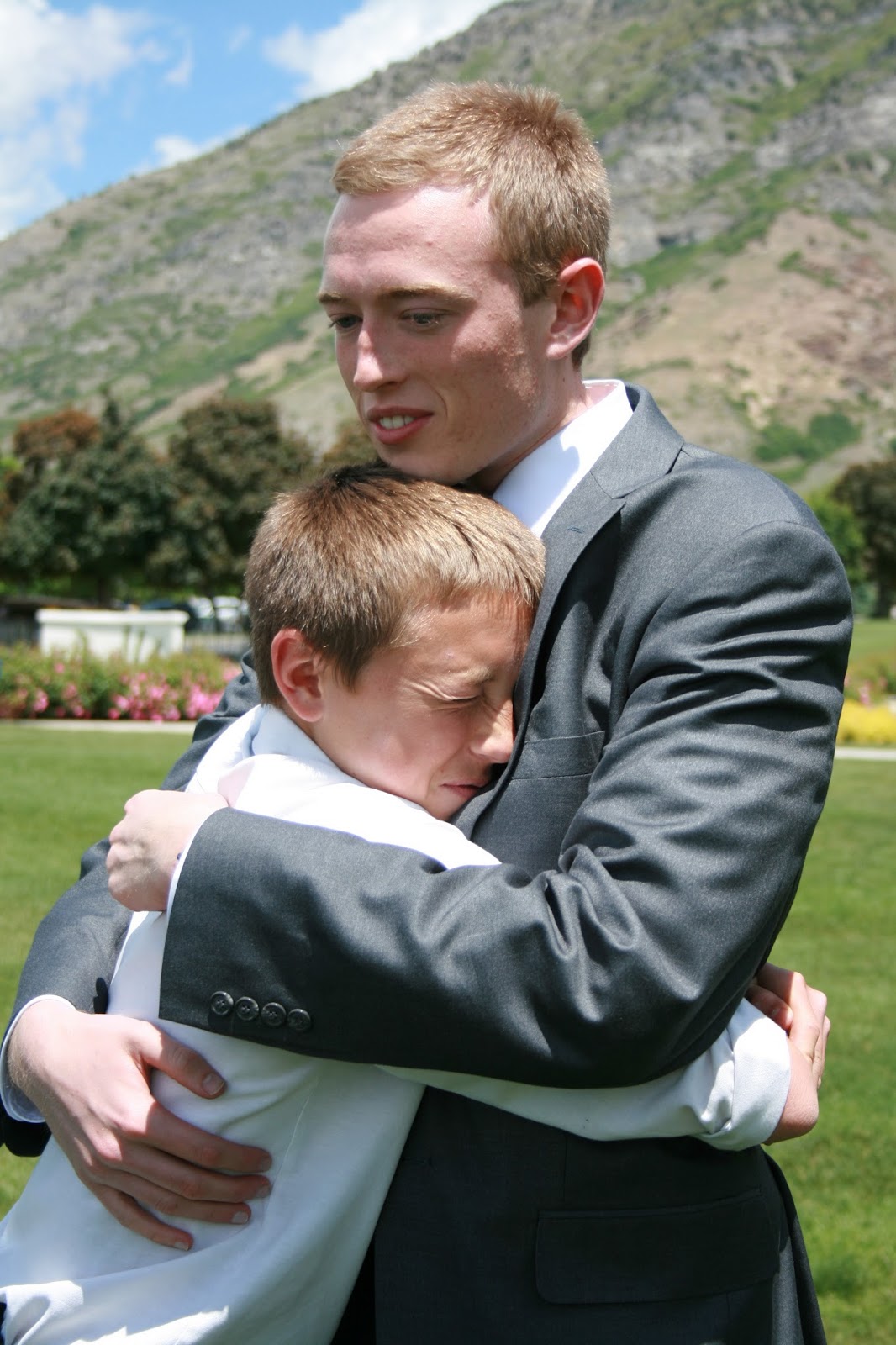 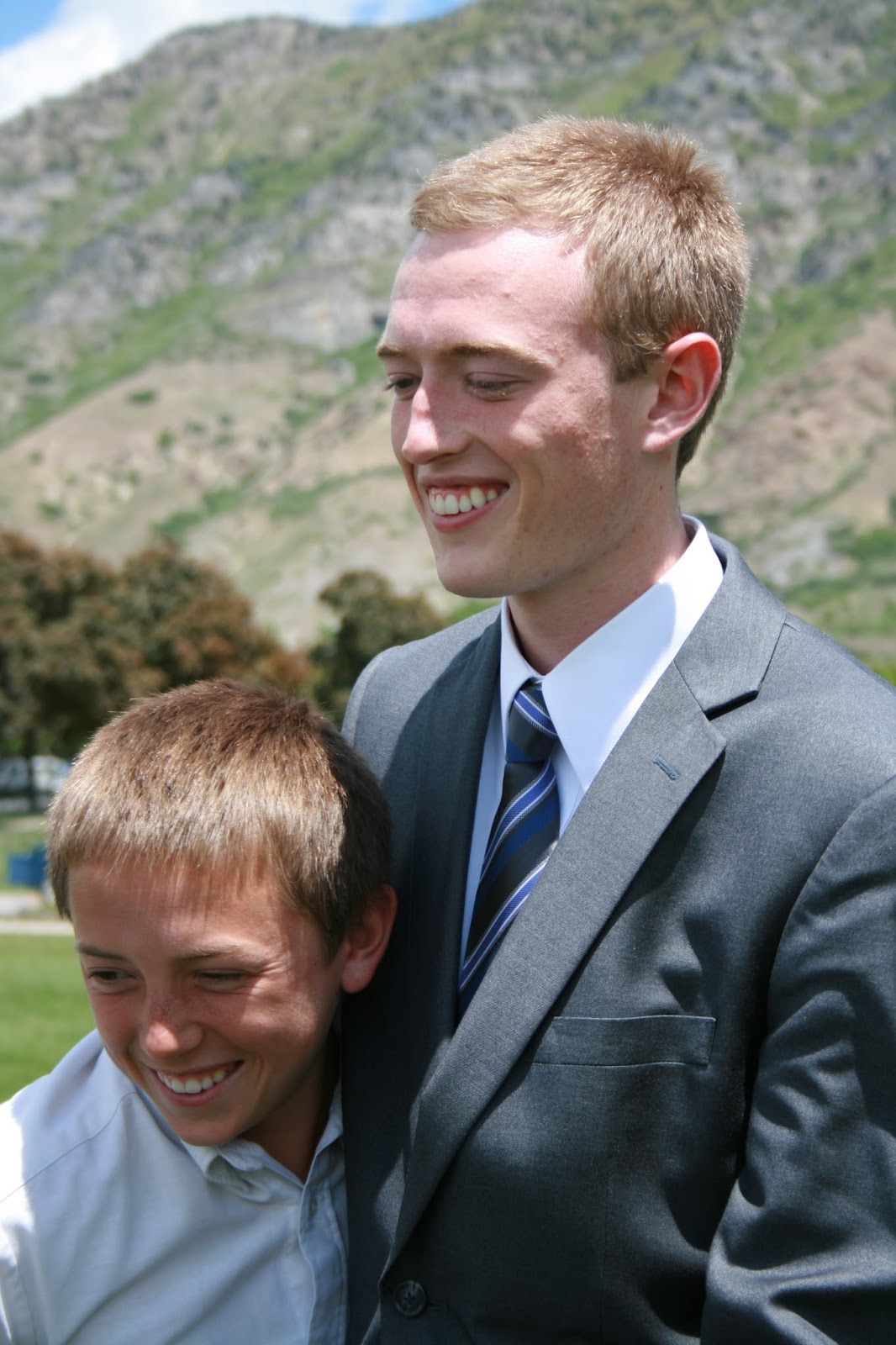 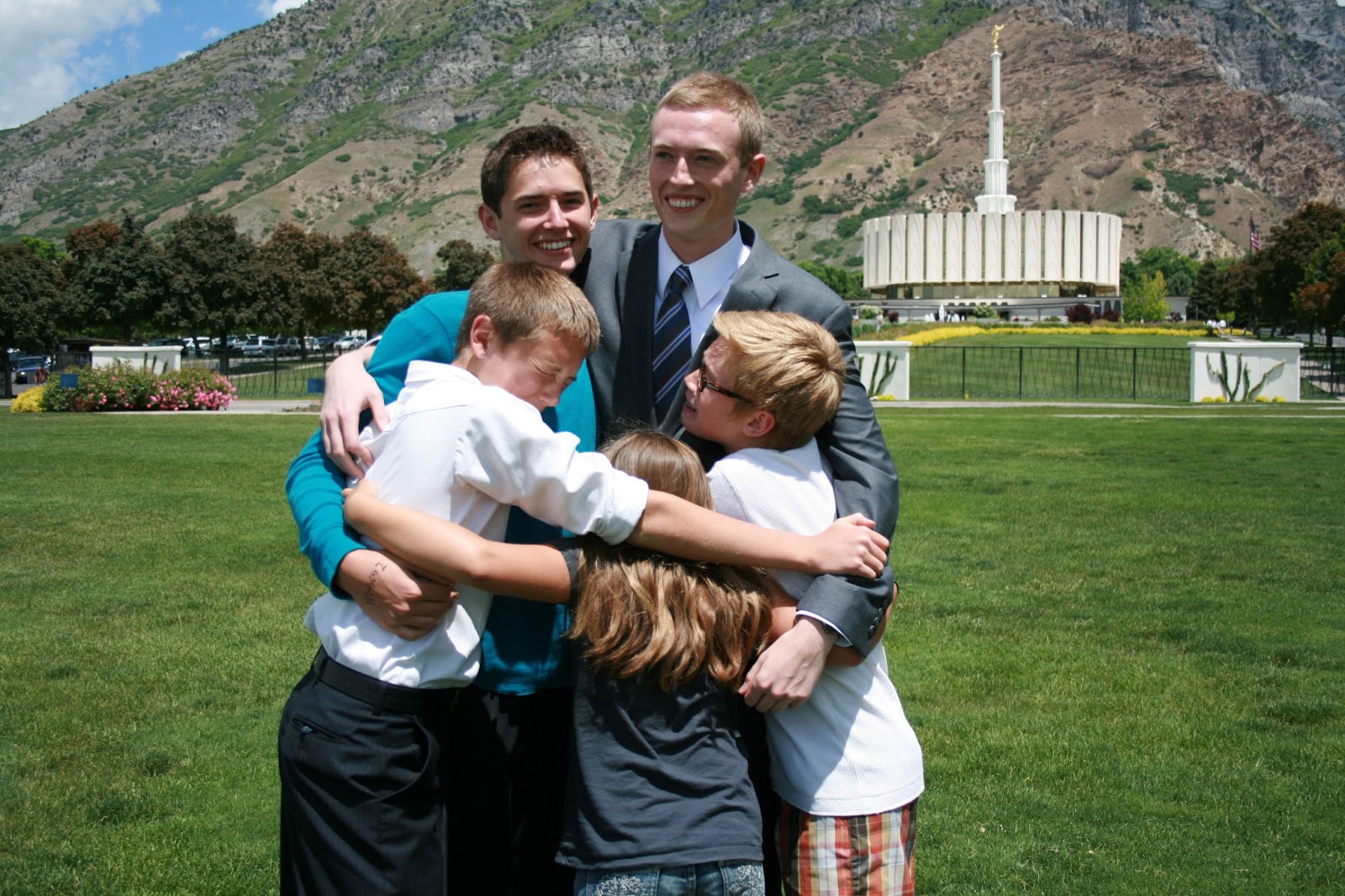 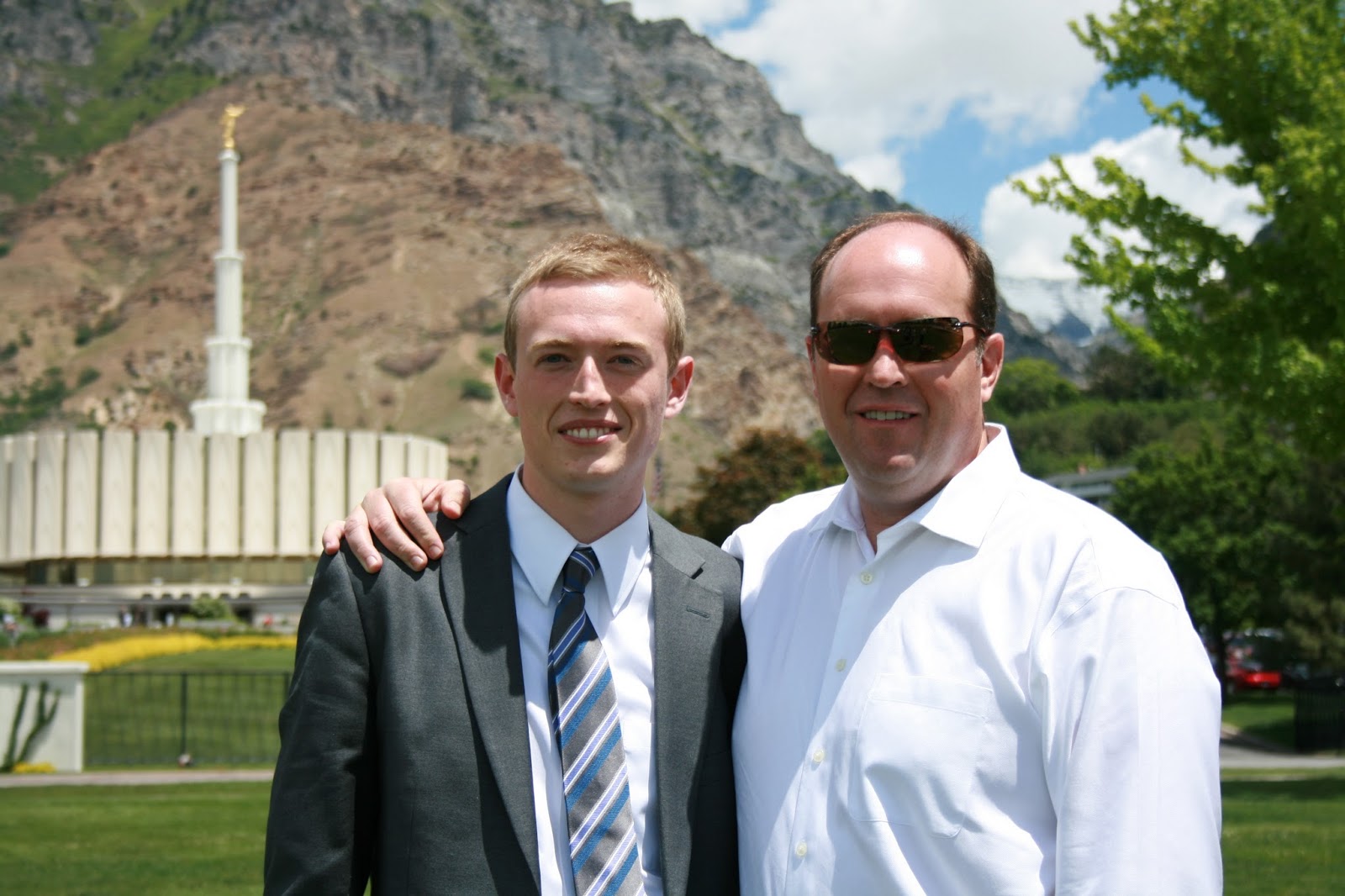 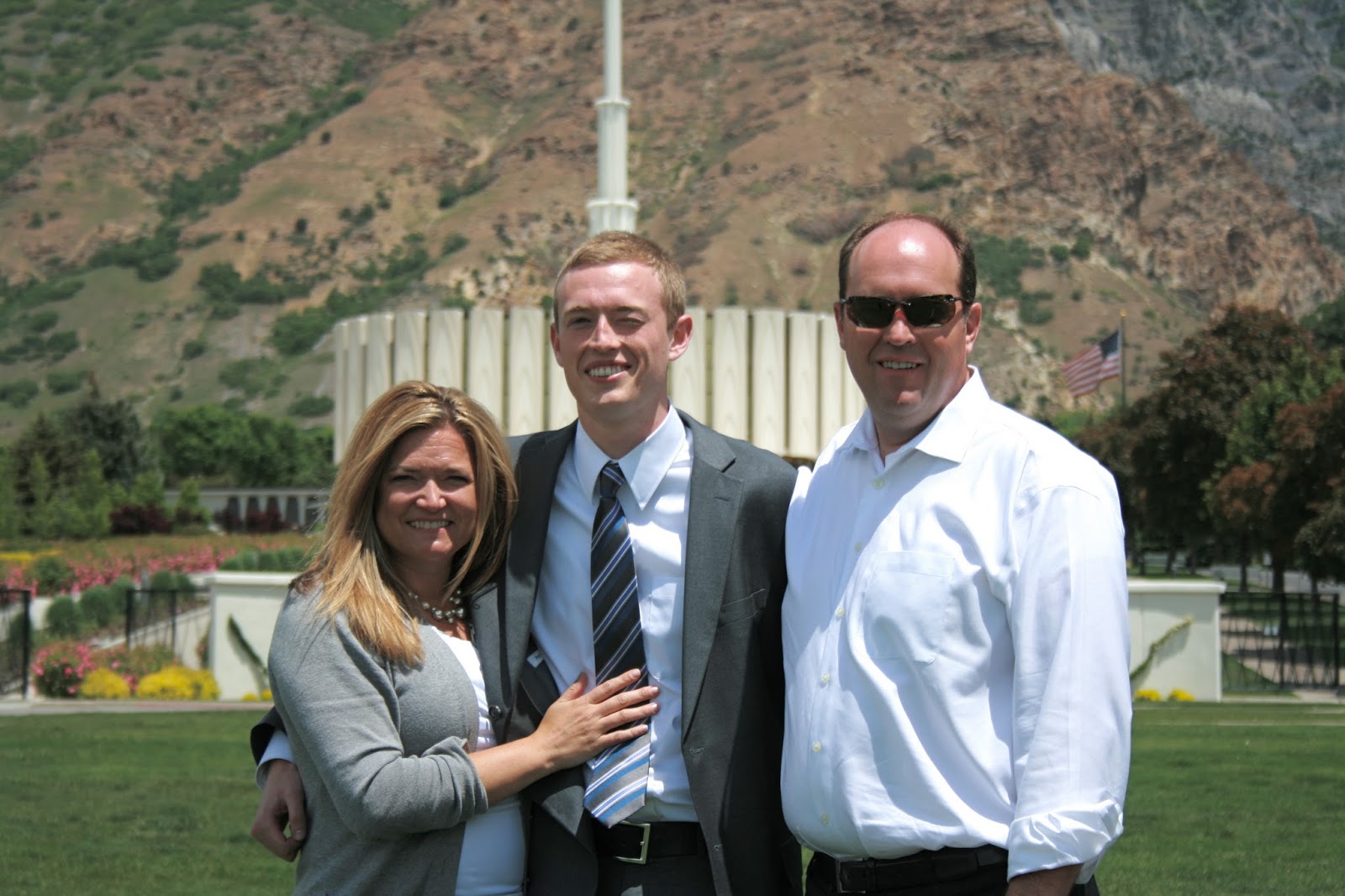 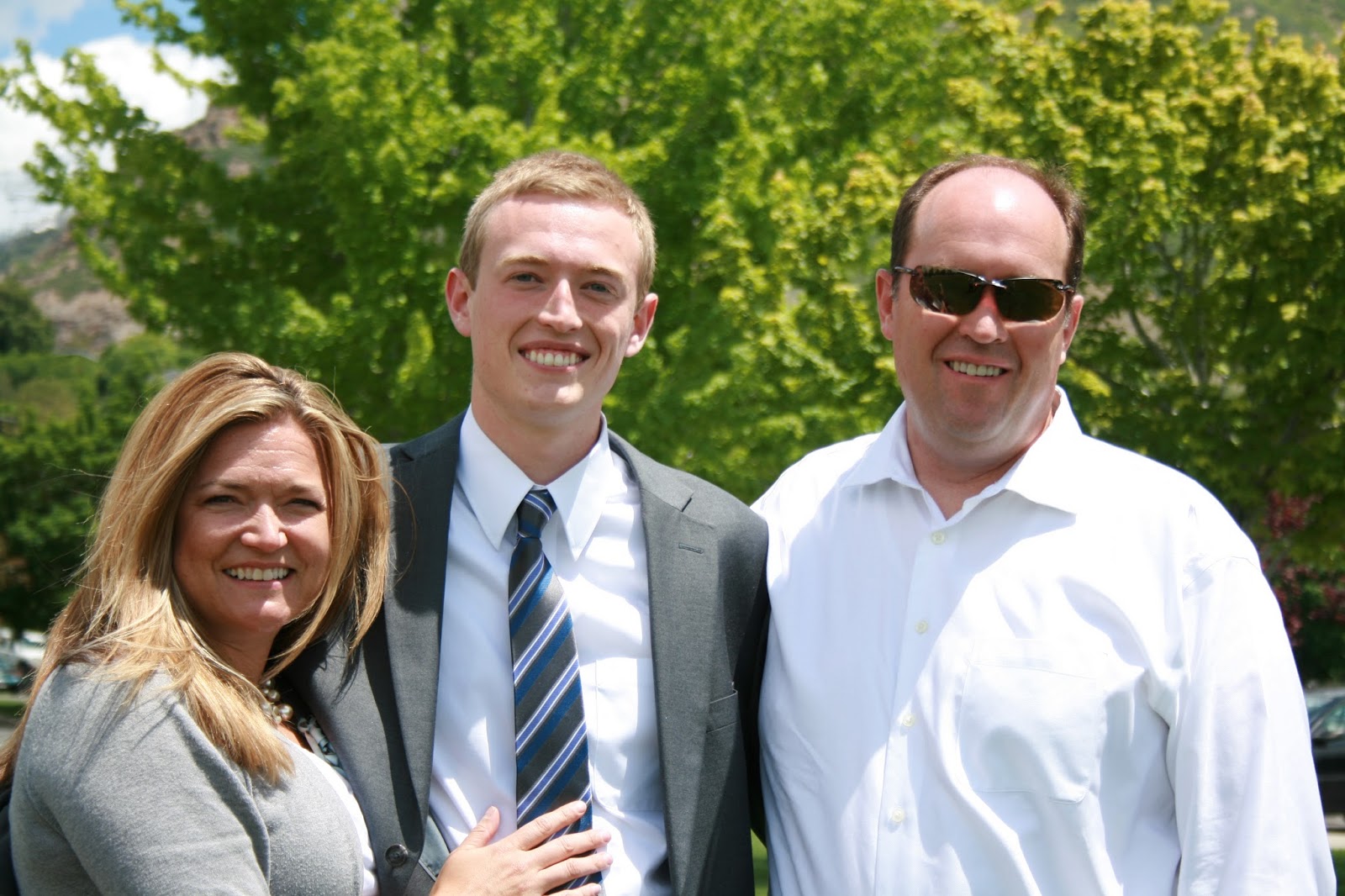 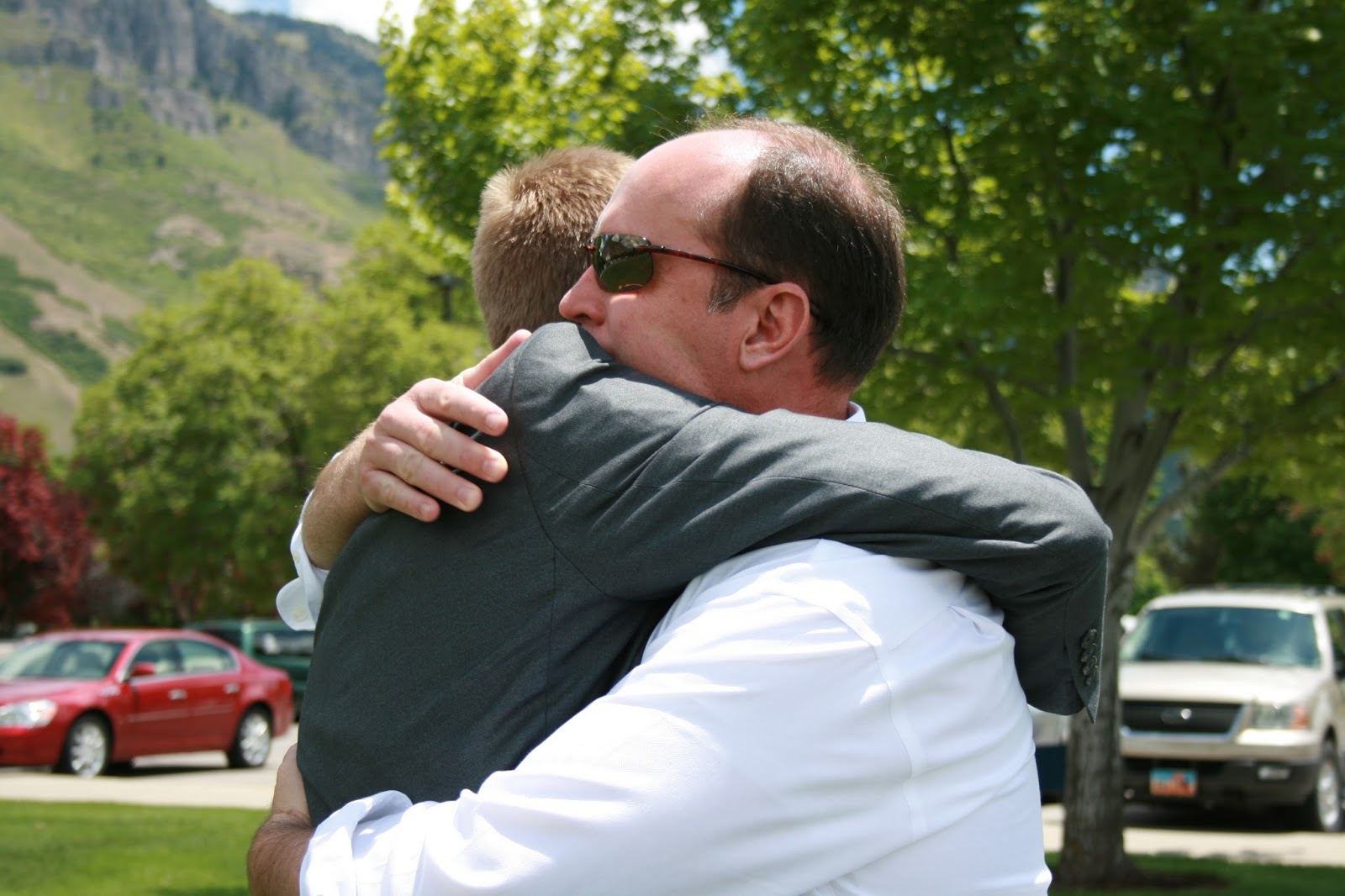 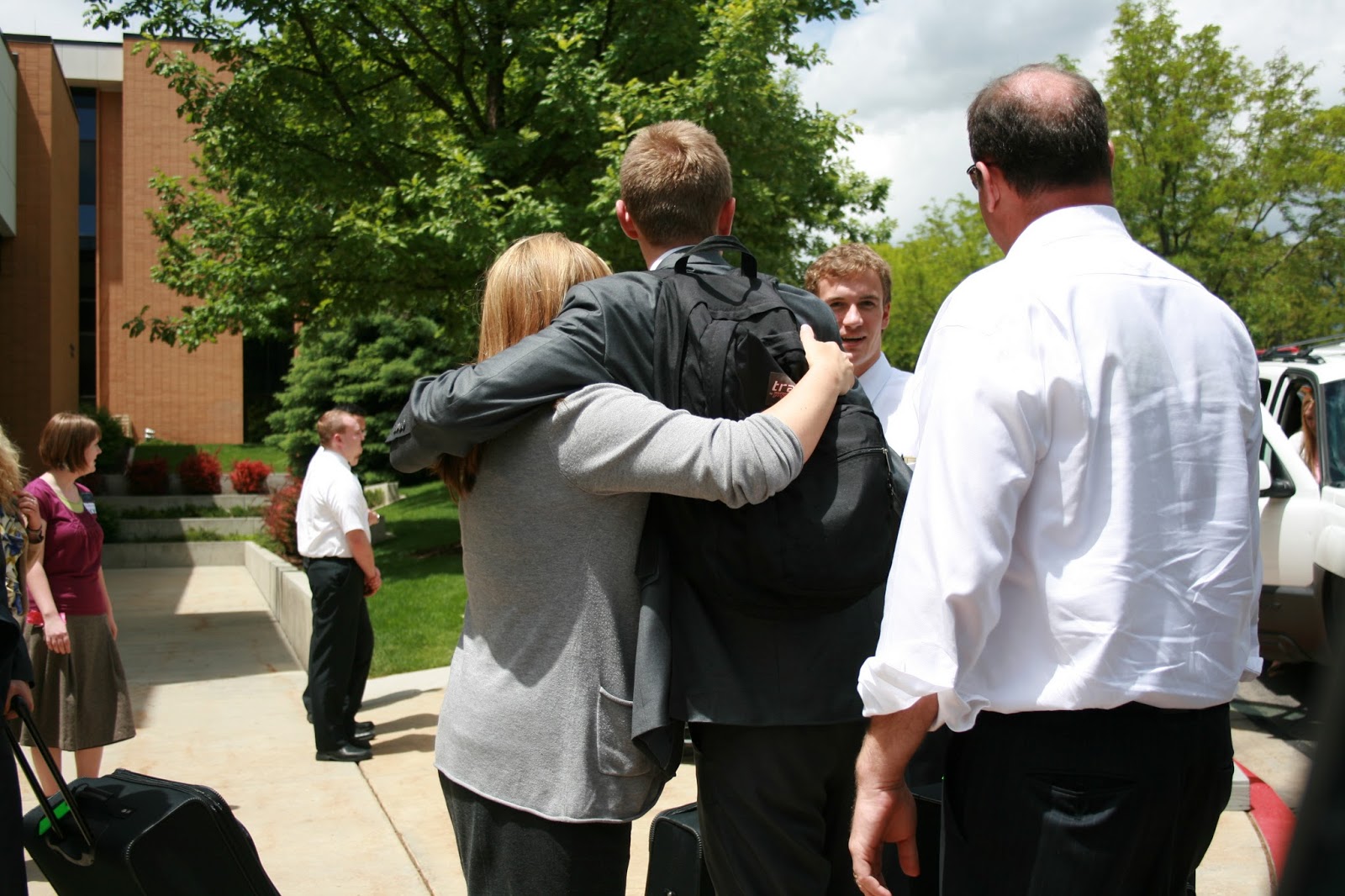 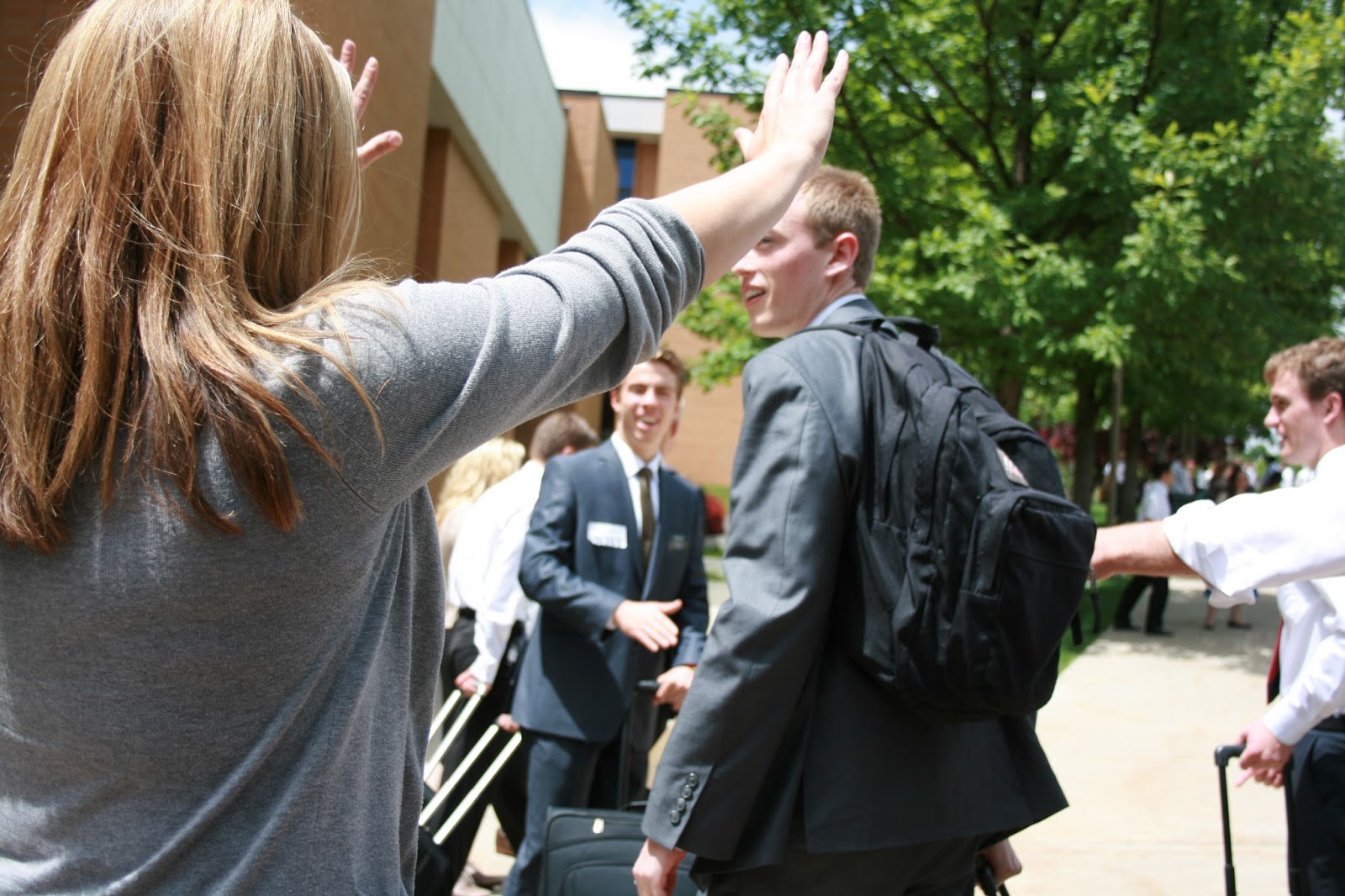 Thank You and Adieu

Well this is it. I’m off to Korea for two years. Pinch me.

I’m terrified to be honest. I feel like I will be a good missionary. I know I can be a good teacher and I’m genuinely committed to making a difference and helping people. But the adjustment into missionary life is going to be a doozy from someone like me that likes to stay up into the wee hours of the morning and bend rules. I’m also sort of terrified that I’m going to go into some sort of Naruto withdrawal coma, so thanks Em J. The scariest part though is the language. Learning Korean in two months is going be rough for a guy who struggles far too much with the nouns of the English language.

But I’ll survive it somehow. As evidenced by my ability to type this post almost twenty years after birth, I always do. And I’ll come out stronger for it.

Also probably a little bit fatter. Thanks to my papa, I’m now aware that I love Asian food, including kimchi. Maybe I’ll get a job at the Happy Sumo when I get back.

This last month since college seemed to drag on until now. I got back with more than a month to kill before I left. Sure there was prep, but not a month’s worth. So in between the weeding, Naruto, and stressing over my talk I was able to say my goodbyes to a crowd of great people.

Thank you to my cousin who came to support me at every opportunity and went to the temple with me.

Thank you to my Great Uncle and Aunt who treat me like one of their grandkids and reminisced with me about a trip to paradise.

Thank you to my neighbor who keeps cranking out my favorite of bar-shaped snacks for me.

Thank you to my Papa for letting me work on your farm with you and showing me the joys of Asian cuisine.

Thank you to my Grandparents who helped me get equipped for the trip and always made time for me.

Thank you to my friend who found time to go to the temple and get a snow cone with me.

Thank you to my high school bros for the Star Trek and Super Smash night. You guys are all going to be awesome missionaries and I don’t say that about just everyone.

Thank you to my college bros who slew many a zombie with me and helped me discover many a great name for Creed cover bands. See you at Star Wars, gents.

Thank you to one of my newest best friends who makes me laugh and keeps me culturally enlightened.

Thank you little sis, for trusting me and talking the night away to the sky with me.

Thank you to my friend who, without real effort, always has my back and always smiles. Good luck on your mission, should you not be married before that.

Thank you to one of my college friends who helped me through one of the darkest times in my life in addition to recognizing the awesomeness that is Sherlock.

Thank you to my friend who thinks deep and has the most interesting of conversations with me when she isn’t turning light into art. Good luck catching up on all the movie homework I dropped on you and stay incredible.

Thank you to my brothers. I’ve loved getting to spend so much time with you this last month.

And thank you to my parents. My dad who is always there for me and takes care of me no matter how tough the situation. My mom who agrees to disagree with me on nearly everything, but loves me enough to talk through it anyway. Thank you guys for all your help and support.

Well, I guess it’s time to find out if blogs automatically are deleted after a while. I wish all of you guys nothing but the best and I can’t wait to see you again.

I love you all more than you may suspect. No, that sounds creepy. You know what I mean. Words, right?