Some kid is rocking out to Daughtry this week...and so am I. I'll repent later.

This week was the first baptism that's happened in a district I've served in since the start of my mission. Huzzah! The zone leaders put one of the old men that they were working with under the water.

That's about all that's happening with me. We are still dramatically renovating English class. I've spent a lot of the last couple weeks convincing small buisness owners to let us advertize in their companies for free.

I'll skip all of the boring stuff and give a spiritual thought.

I had two days the past week where all the rejection that we got on the street got to me. It was worse than usual. Almost every single person that I talked to gave me the hand from the start of "hello".

Fastforward a few days and I'm in personal study reading Alma 36: 5 (ballpark) where Alma talks about how he was visited by the angel "not of any worthiness of himself." I realized that the people of Korea don't deserve or want my help. But then again, that isn't what the gospel is about. None of us got it because we deserved it. We got it because Christ gave it to us anyway. I used to think that charity meant giving without expecting to receive. Now I realize that it goes past that. It includes giving without expecting your gift to be received. Love. Give.

Got to go.
Elder Whitlock

Hello everyone. It's a vacation week from school right now apparently, and the little kids are all over this computer room. I've got assault rifles, Katy Perry, and a whole pack of kids whose zerglings just got nuked in StarCraft ruining my life right now. Welcome to Migraine City, Sheriff Whitlock.

Outback was a success to say the least. I didn't end up hitting my goal (story of my mission) of blowing a hundred bucks, but I did get through 75$ or thereabouts. A plate of cheese fries, a steak, two different versions of potatoe side dishes, mixed veggies, corn chowder, mangoaide and a chocolate thunder from down under...

After that we went home and played a couple games of Bang. That's actually about all that we have planned for today as well. Finished of the Monday with my last visit with 임상환 before he took off for the real Outback. 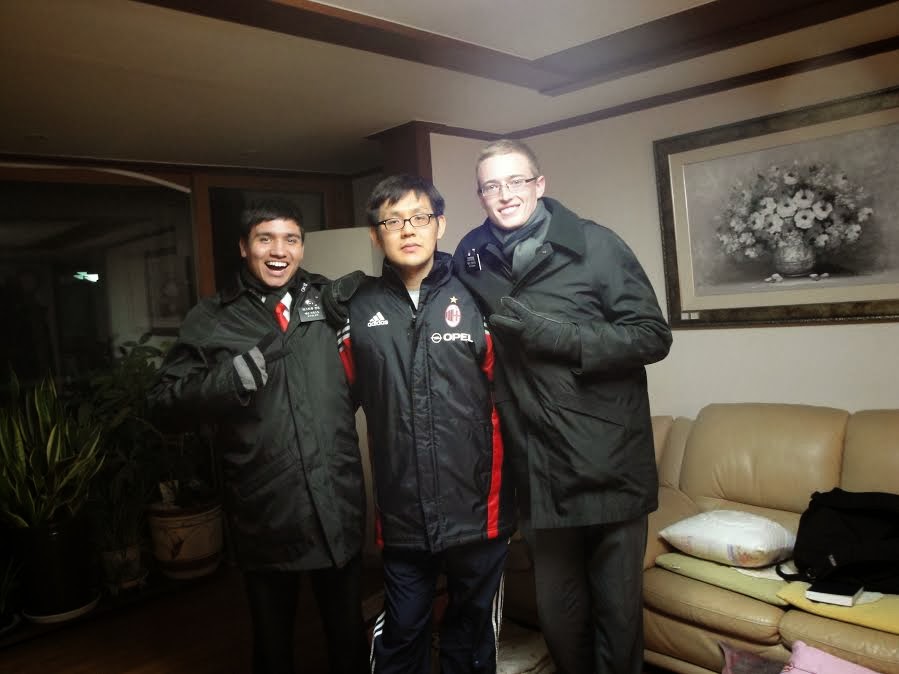 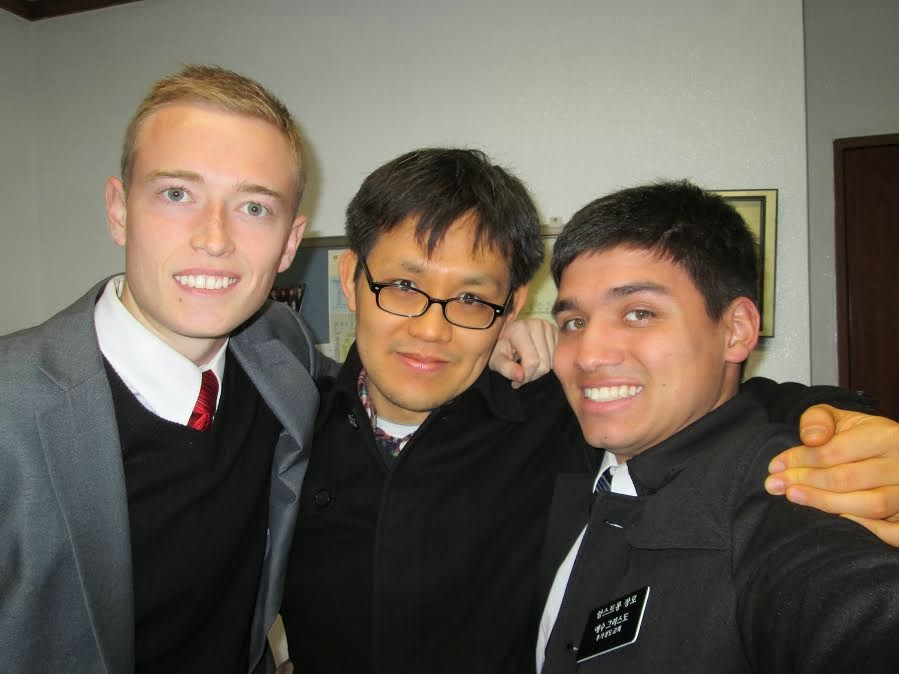 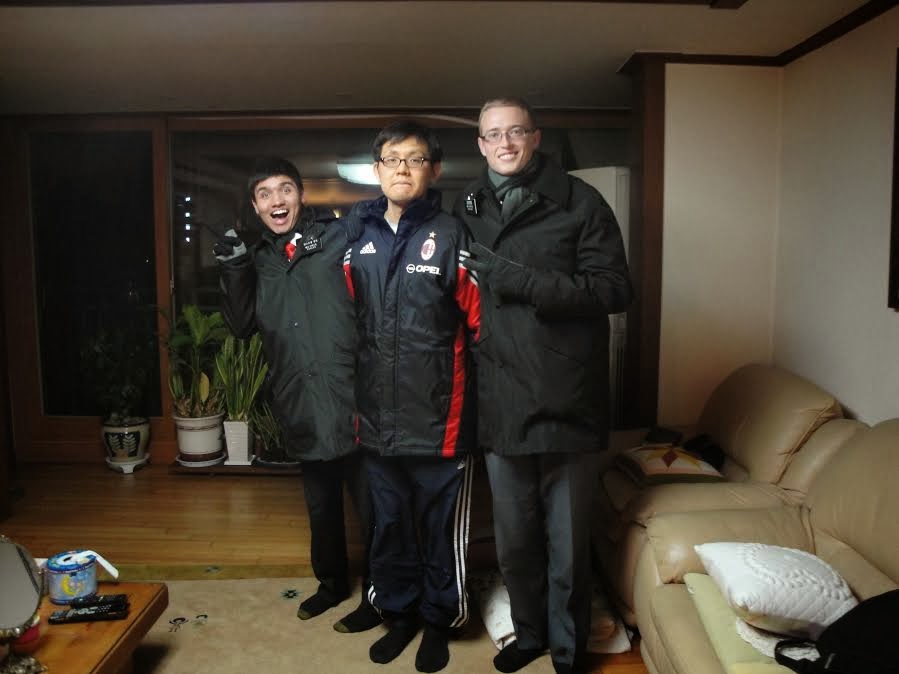 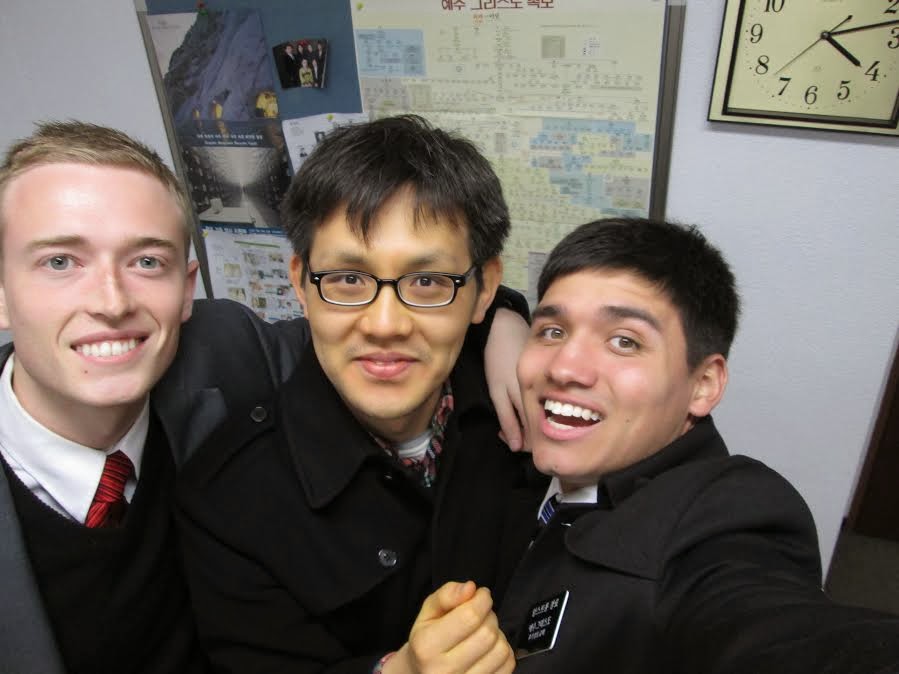 This week we have been on something of a walking jundo kick. We get more contacts, give a lot of Book of Mormons out (personal record is fifteen. You can feel free to ask all of your other missionary aquantainces how much they do and then humble me with their results), and got one person with interest this whole week. He is a student at Korea University who we got walking around on the border of our area. Take that Dongdaemun. When we met him on Saturday, he had already read the introduction page and four chapters of the BoM, which has hooked him in spite of his inability to understand it, and also researched the Church, the Book of Mormon, and Joseph Smith on the internet. Fail, right? WRONG! He read a bunch of anti-mormon stuff, but still said that this seems like a really good church, setting up a regular meeting time with me of his own initiative and inviting himself to church and English Class. I don't want to disappoint anyone, but this one might be golden.

I also rather randomly ran into someone who knows Nicee Villamil. Apparently he is friends with her husband (she's married?), Jake Muller. His (the friend's) name is Kendall and he came to my church with another of his friends who he is training to be an English teacher with. What is that I always say about the size of the Mormon world?

On a less relevant note, I feel like my life is getting increasingly ridiculous. We meet the most bizzare people on the street all the time. There's one kid who we see all the time who just dances with everything that he does. He's like a stock character in some cartoon. So is the guy who I talked to at The Women's College of the Holy Ghost the other week. I walked up to him and complimented his Mickey hat, looked down and realized that every article of clothing on him had Mickey Mouse on it, was shown the flip book he keeps in his jacket that has a picture of him at every Disneyland in the world, and then was farewelled with a cheery, "Merry Disney!" Before I could give him a card. Elder V talked with a man the other day who claims both to have seen god and be one of the two witnesses from the Book of Revelations.

Actually you can scratch that guy from the list. I'm a believer.