We went hiking today. The original plan was Outback, but the sisters set the hiking trip up and kind of roped us into it. Felt like my arm got a little twisted. Beautiful hike, though. Felt like I was walking through middle earth. It was one of the most beautiful places on the Earth.  I think it is called Samhak Mountain. We saw this Buddhist temple and watched a guy praying for a little bit. Idolatry, but extraordinarily reverent and devout idolatry. 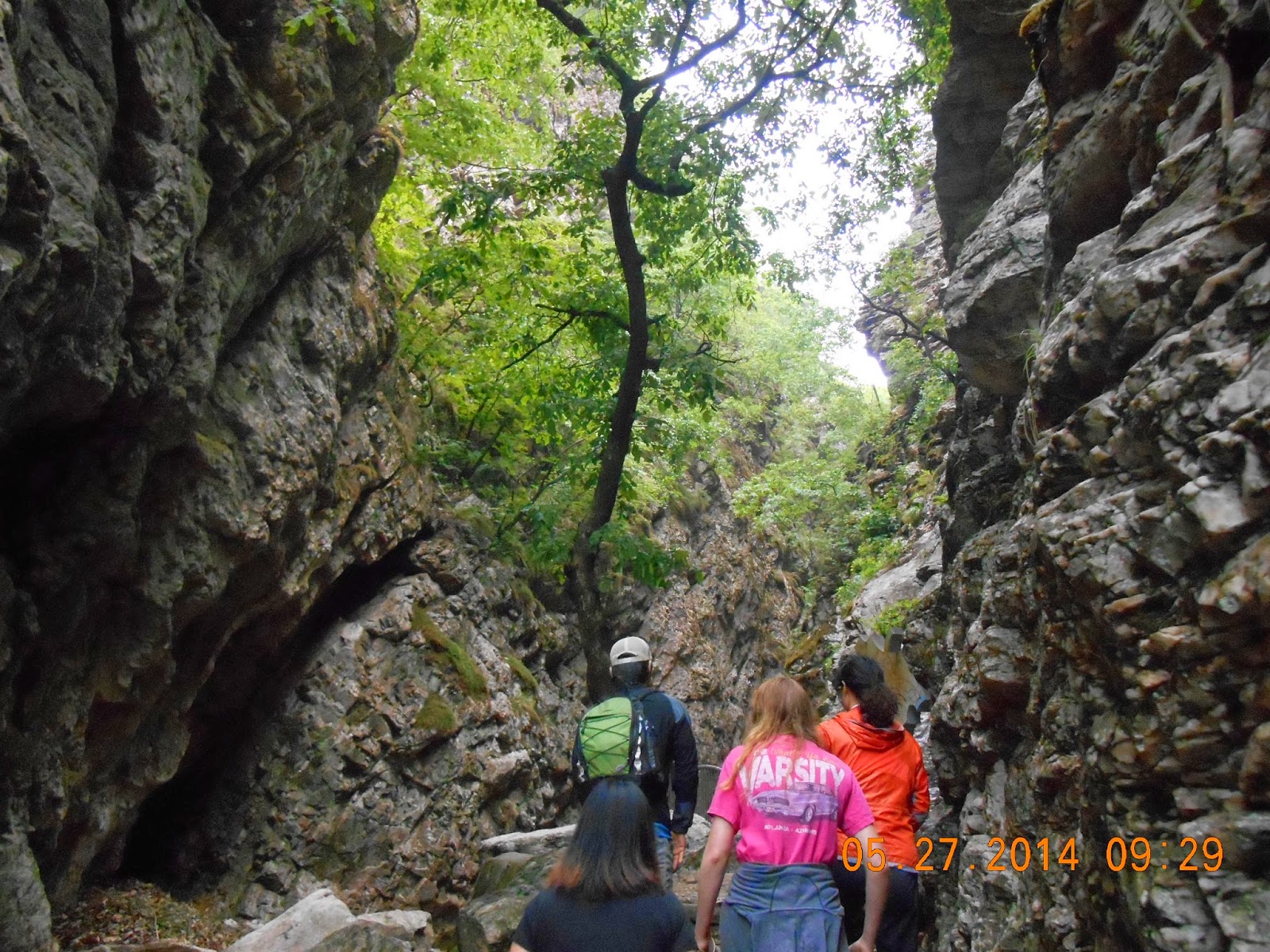 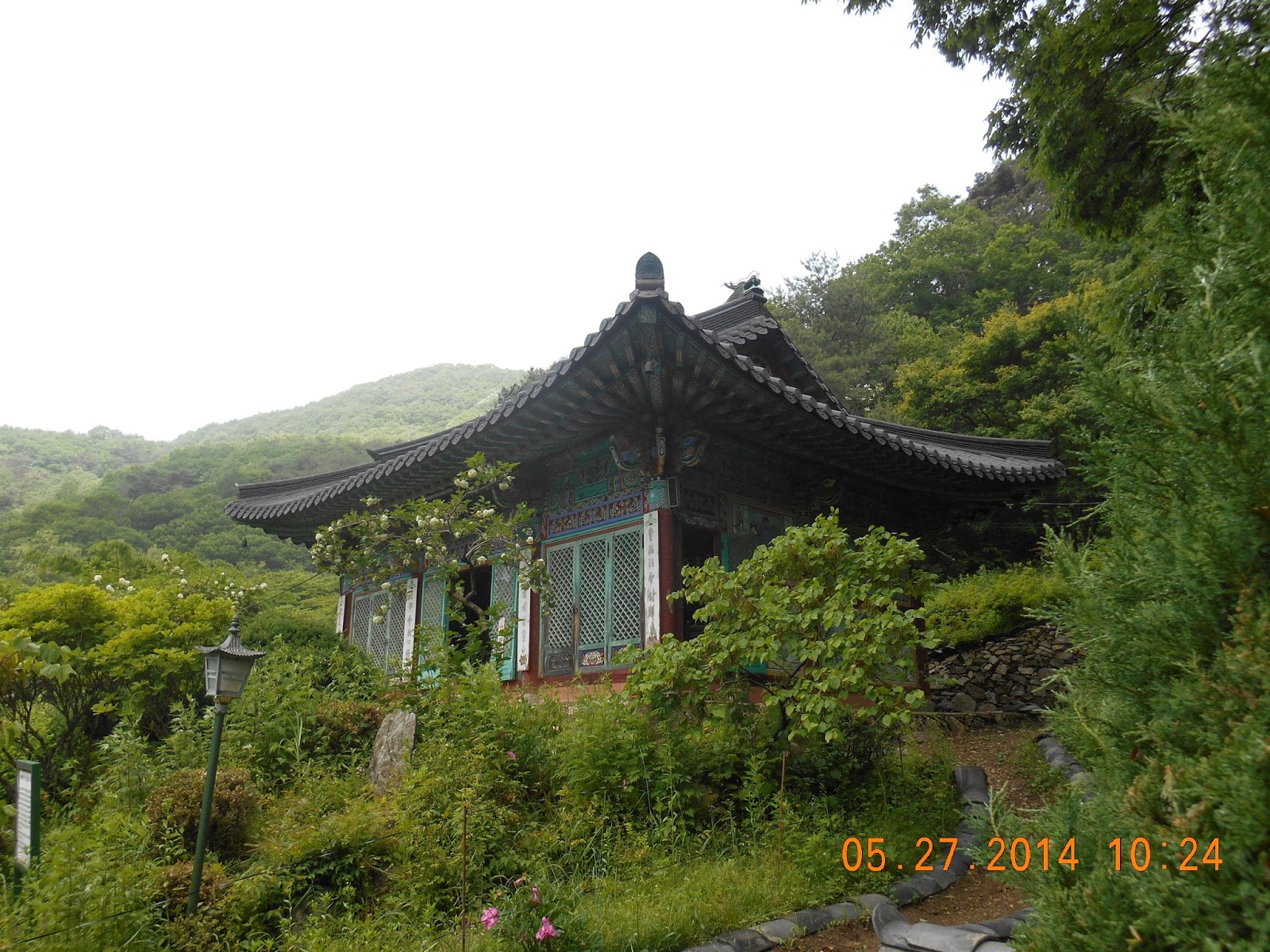 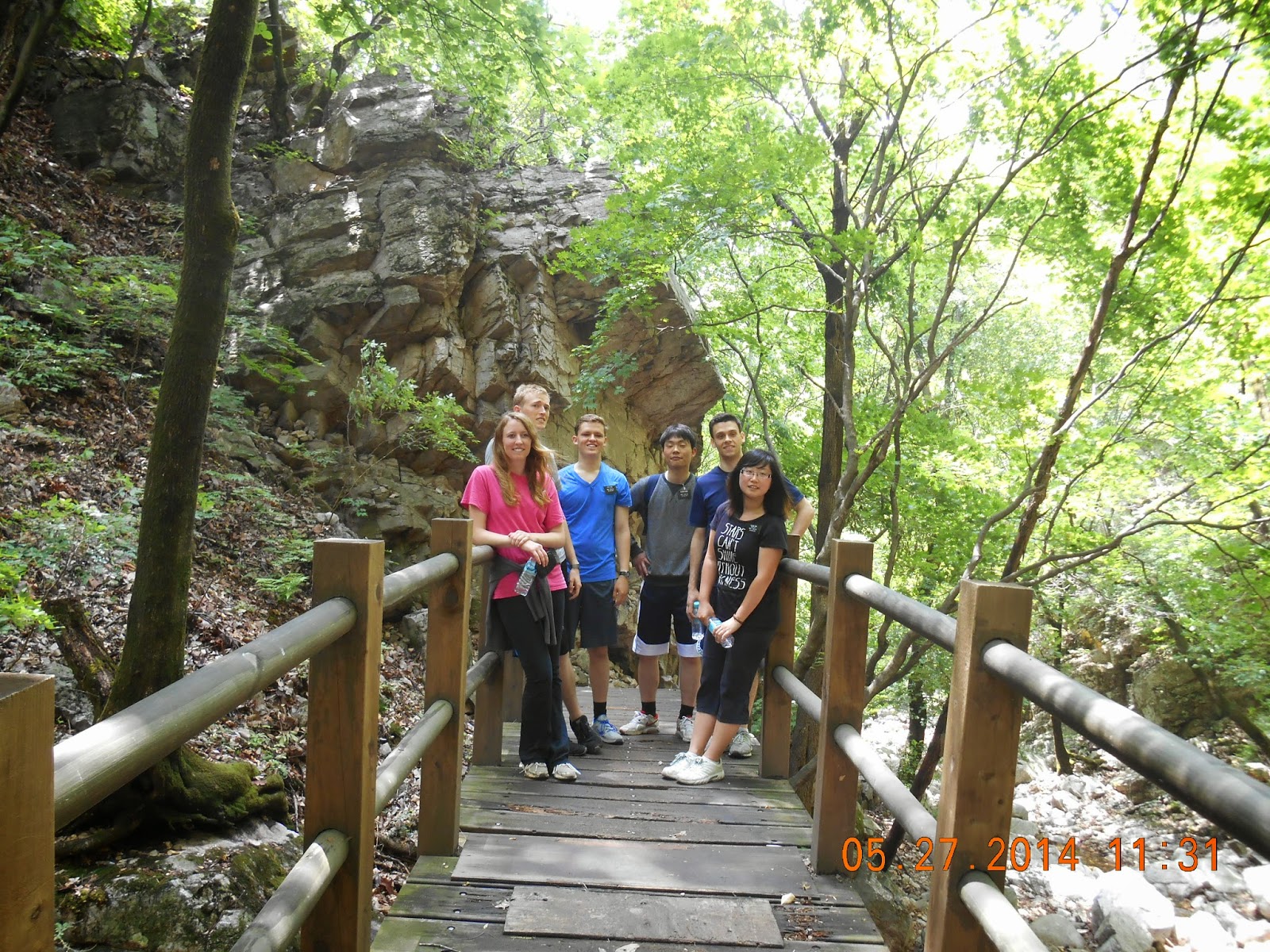 Apologies for the sizeable gap in my blog-style letters everybody.

Spring has come and gone and the natural shift into summer has commenced. The cherry blossoms have been replaced with regular leaves, so that mountains are unbroken seas of green once again. The bees and the wasps are back in action hard, as Elder K found out this week when he was wasped in the face. The miniskirts are still here. Somethings don't change, I guess. Winter's coldest day to the peak of a Chuncheon summer, the miniskirt lives on.

This week was the first fairly normal week in a while. Following the passport fiasco of yesterweek, we were spared another Seoul run and were able to concentrate on our missionary work this week.

When I first got to Chuncheon, the people were especially nice. It was fairly easy to talk to someone if you wanted to. Now the core of the town, where all of the walkers (here used differently than I may wish it to be used) congregate is pretty fished out. If people are talked to there, it is usually because I pursue them after they wave us away or tell us they're busy or whatever else. We've been trying to expand into the rest of the city, but without much sucess. Jundo effectiveness has taken a blow, especially in the last month or so.

To counter that, we have been trying our hands at street boarding. Last week we had people put a sticker on our poster to vote for what was most important to them (out of family, friends, religion, work, money, and health). The overwhelming majority voted family, which ought to be encouraging, but we weren't very effective at pulling phone numbers or lessons out of it. We tried again yesterday by having people write a question that they would want to ask God on a sticky note. We are getting better, having fun, and each time we learn a lot, but I'm afraid that the novelty of a bunch of foreigners waving a poster around might disappear around the time we figure out how to find investigators by that method. Trying to think of other options, but nothing amazing has jumped to mind yet. Hopefully by the time this venue is exhausted I can think of something else to compensate for the Jundo hole.

This weekend should be fun.  Elder Quentin L. Cook is coming to do a day of training. Missionaries from my mission and the Seoul South mission are going to the first meeting this Saturday at ten, so I get to cross the border again. You can throw that in with the other more obvious benefits, like learning from an apostle. We also will be returning for the member meeting with our Chinese investigators. Hopefully.

Lots of love for everybody. And also, before I forget, I totally heard the "Hello", the "marshmellow"  song in Lotteria (Korean McDonald's knock off) the other day. Brought back memories to say the least.