The Hardest Thing I've Ever Had To Do...

Was to squeeze in time to get this letter off to you.

This week here on the whole was pretty great,

We met Tel and his family for a daaaayyyaaayyyate. 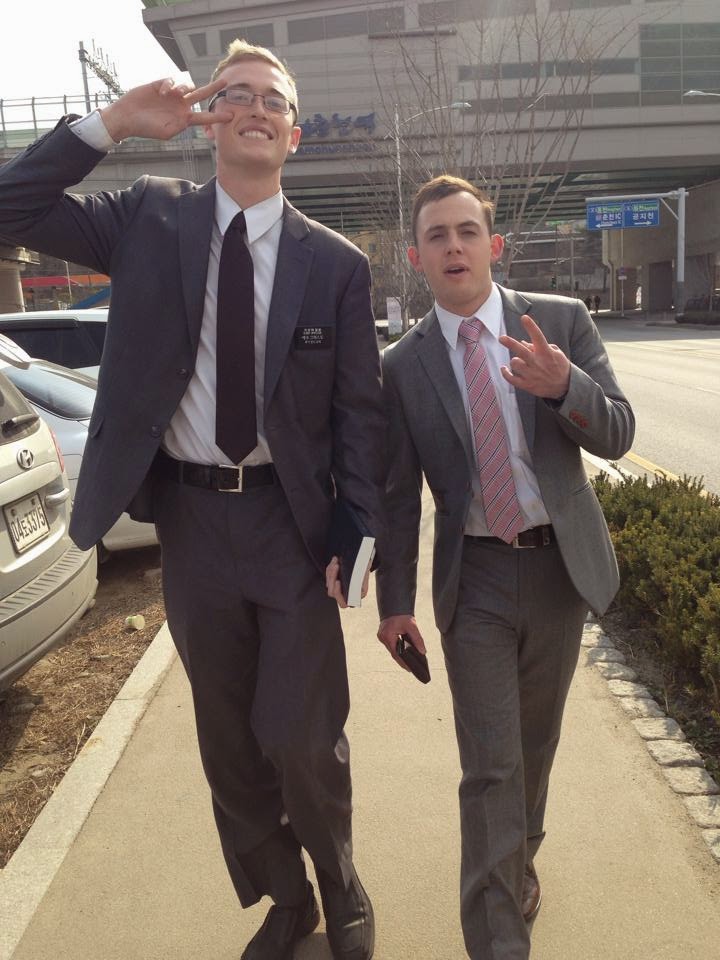 Or at least it sort of felt like it. Tel payed for some pretty spectacular chicken...cabbage...things...닭갈비. 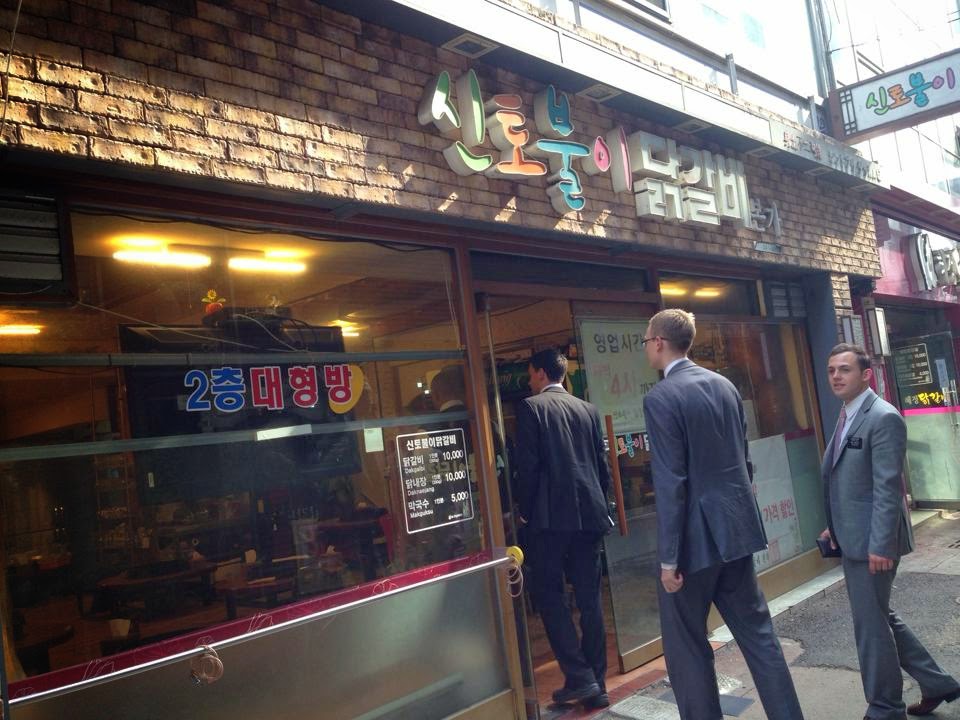 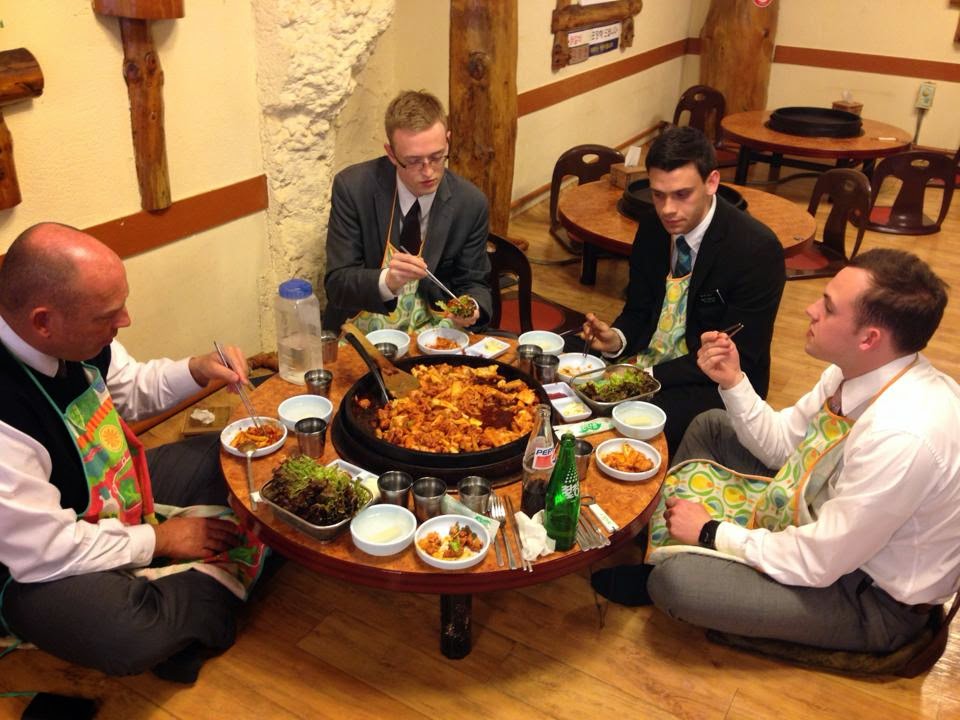 Super good to see them. Sister Dyer was SYLing harder than most missionaries and Brother Dyer had some great drunk Korean stories. Tel was having an even worse time of the English than I do. We swapped stories, feasted, I heard about what was going on back home, heard the best of things about my family, found out about some airplane related tragedy, and just generally made some good memories. 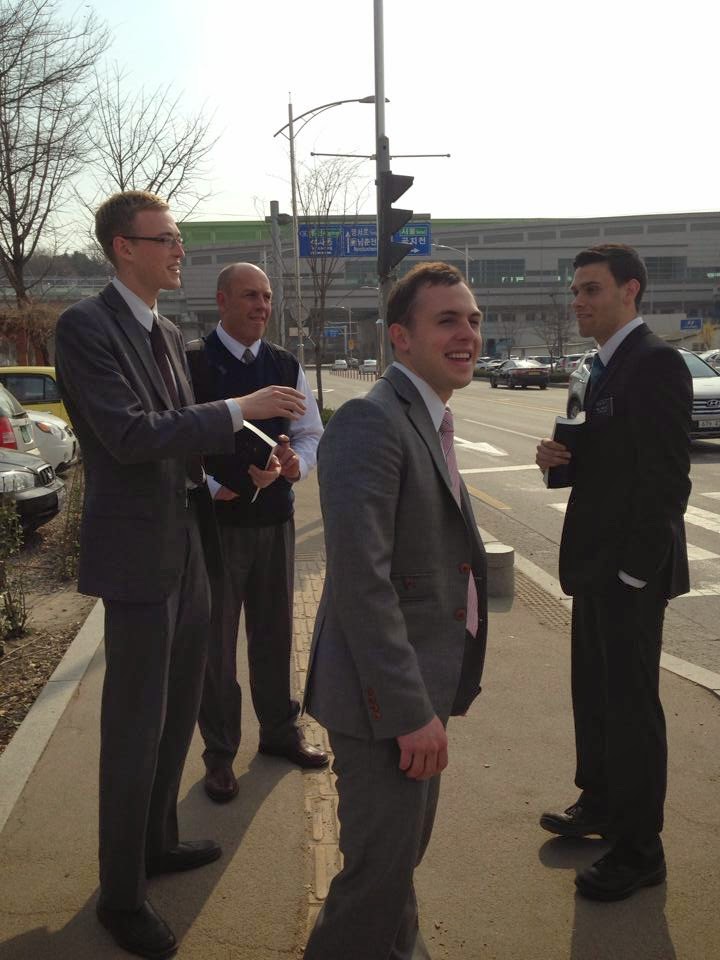 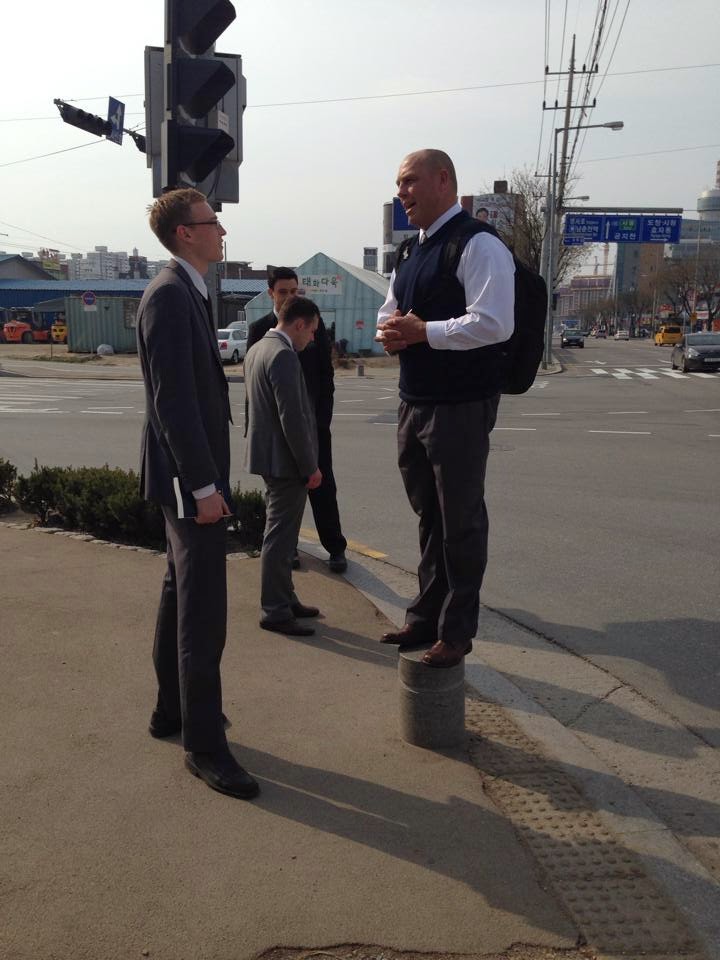 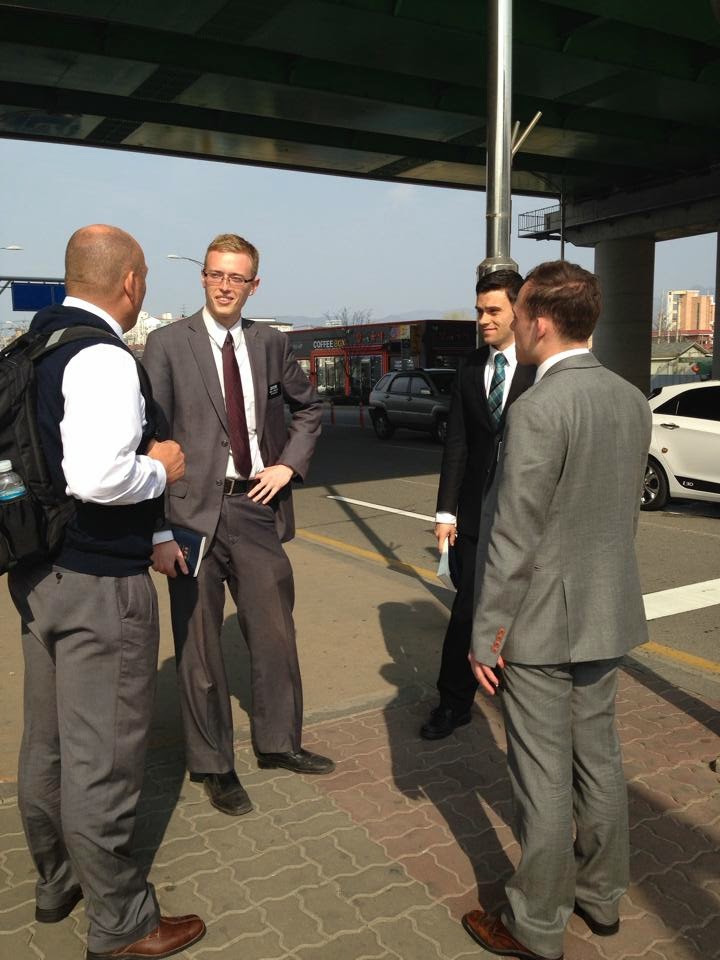 The only other thing I'll say about this week before I go is that we have been getting punked in epic proportions. In a row, we had 19/20 people who we had appointments with not show up. Suggestions? 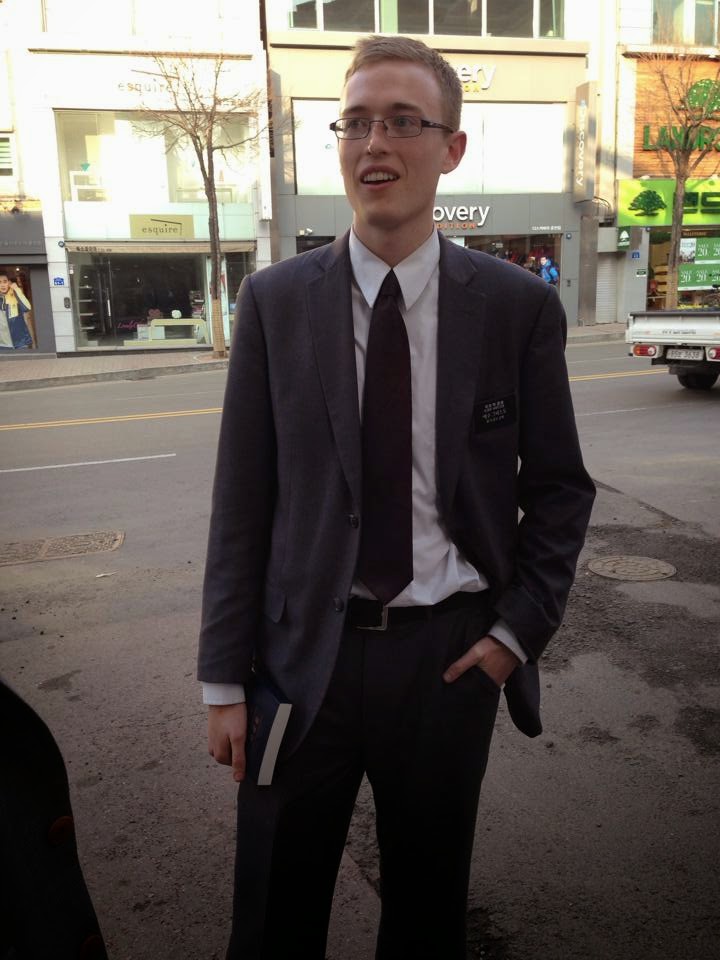 Sorry that I didn't throw more down but I love you! Til next week! 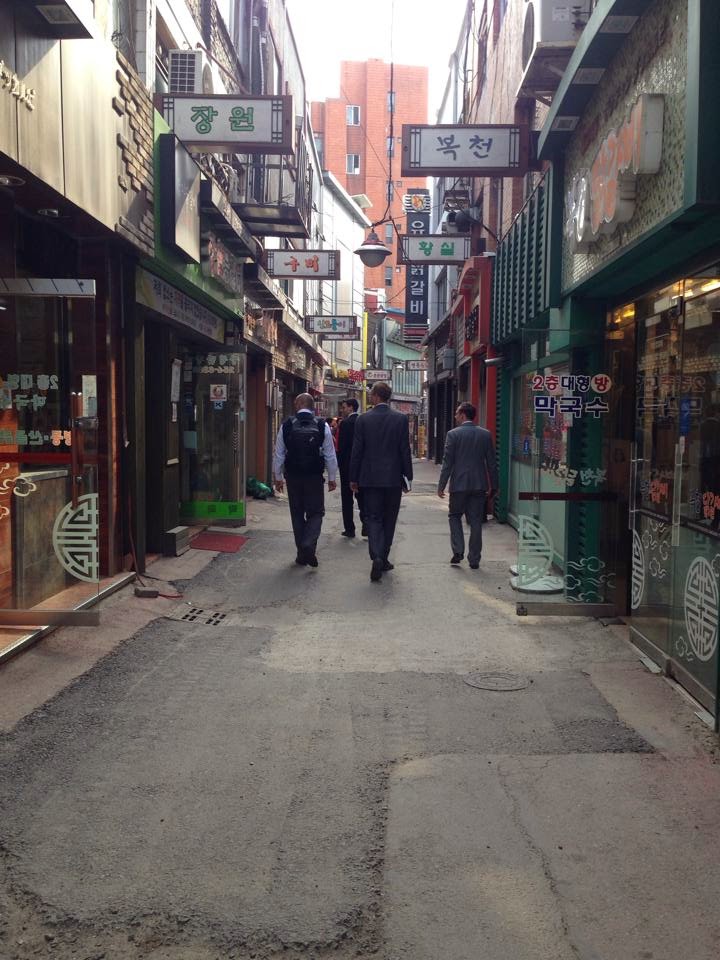 Lots of new stuff going on in my life. Like I said last week, I ended up transferring to a new area outside of Seoul called Chuncheon. Honestly, the days right before transfers are super hard for me. The transfer itself is exciting, but the days right before where I was still in Gileum were rough. As happy as I am to be here, I was sad to leave my friends there. 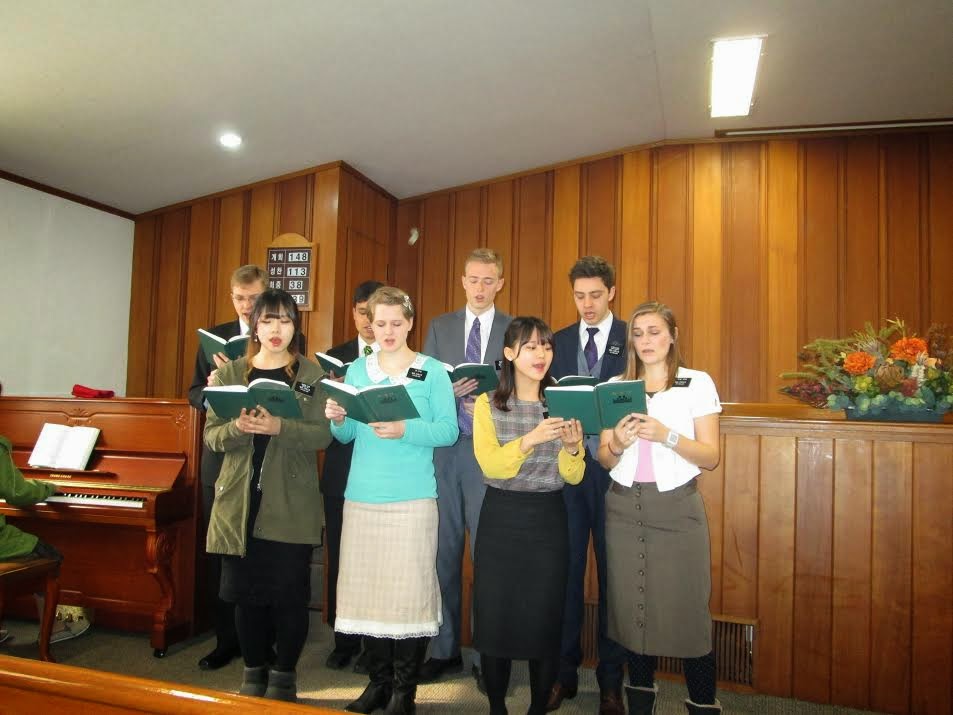 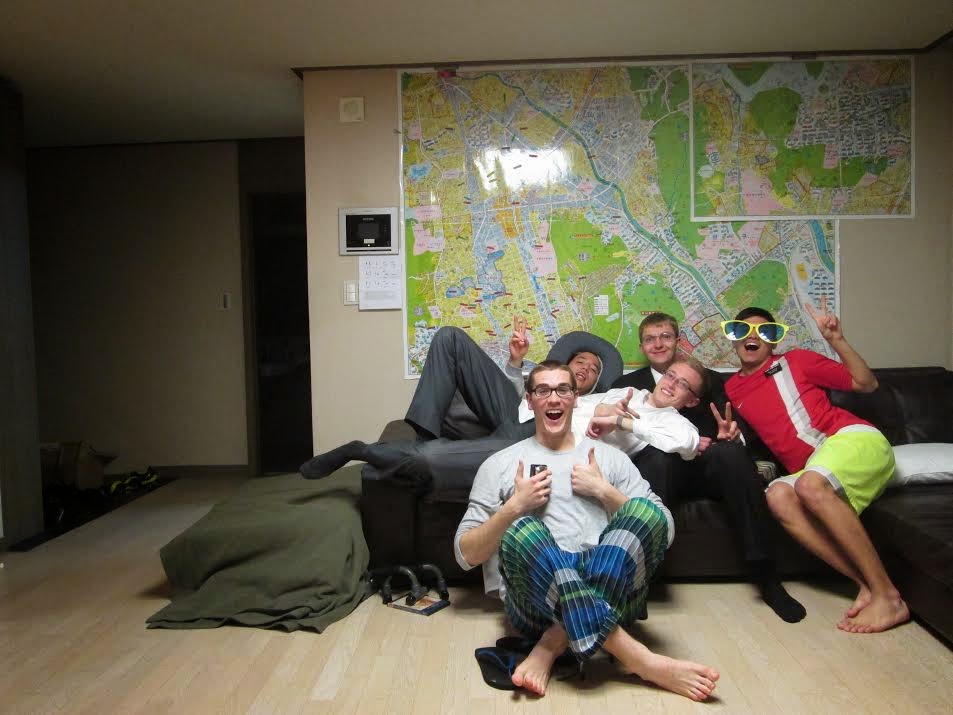 The last few days were a blur in which the following happened, though not in the order that I'm about to recount it. Elder T hasn't seen Lord of the Rings, so, to my slight regret, me and his companion, who has read the books and knows far more about things than me, recounted the entire story with background information to him through the Two Towers whenever we had time (usually during meals). We went to Outback for one last hurrah. There isn't one in Chuncheon, which might be good for me, but makes this memory all the sweeter for the scarcity. I finally ventured outside of ordering steak, which is oddly enough the least desirable part of an Outback meal for me, and ordered some sort of grilled chicken with bacon and honey mustard on top under a layer of melted cheese. Also, of course, the Cheese fries and Chocolate Thunder from Down Under. Divine. Finished off the P-day with a couple rounds of Bang. Last game of the transfer stretched into the last minutes of P-day. With time running out, Elder V declared automatic volcanics for everybody and then was killed within minutes, followed shortly thereafter by Elder A, leaving me dueling Elder J for the win. Actually a fairly intense duel. We got some dynamite going, which after some give and take that left us essentially at full health with two minutes to go, exploded on Elder J, killing him. Elder J kept fighting through, downing the three beer cards that had been in his hand for the whole game, smirked triumphantly and the battle recommenced, but only for a turn before I slammed him with 5 bang cards, using my auto volcanic, as fired from Slab the Killer. To survive, Elder J, would have had to lay down at least 6 misses. He was mega dead.

Alright, so I guess that was an Epic P-day to me. 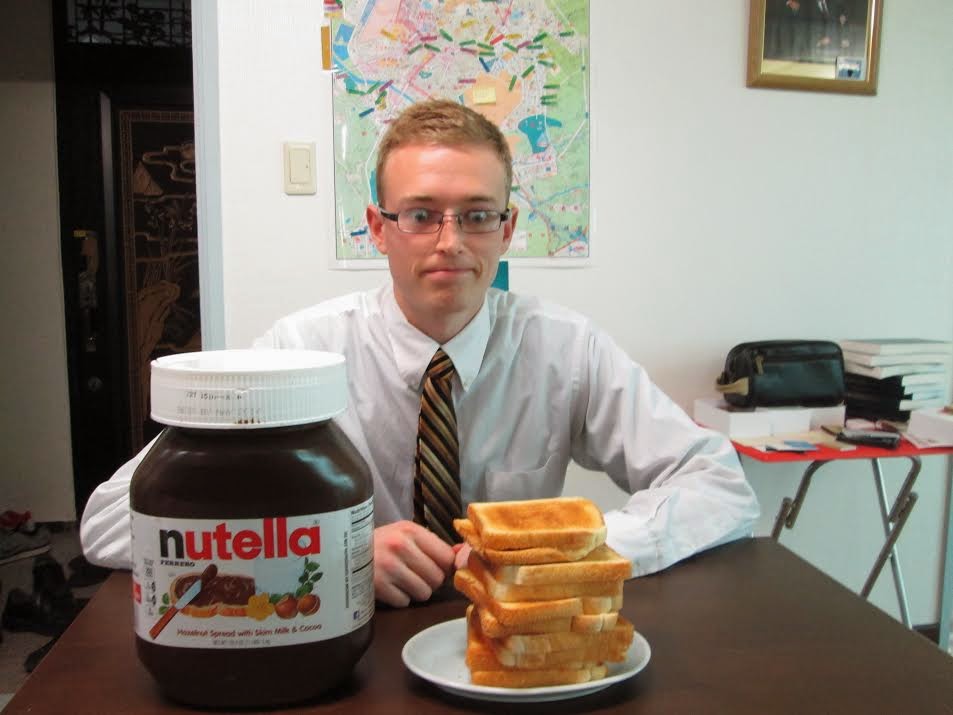 Later that week, Me and Elder T (on exchange) discovered a 4$ combo deal at Burger King with one of the greatest bulgogi burgers that either of us has ever had, so we went twice. Also took a trip to Venusta's (which is a mega fancy buffet) courtesy of our ward mission leader, who in his own words, "Can't help with missionary work, but can supply a lot of money." Sort of a food based celebratory week, but it was great.

Then everything changed when the fire nation - cough - ahem
when transfers came. 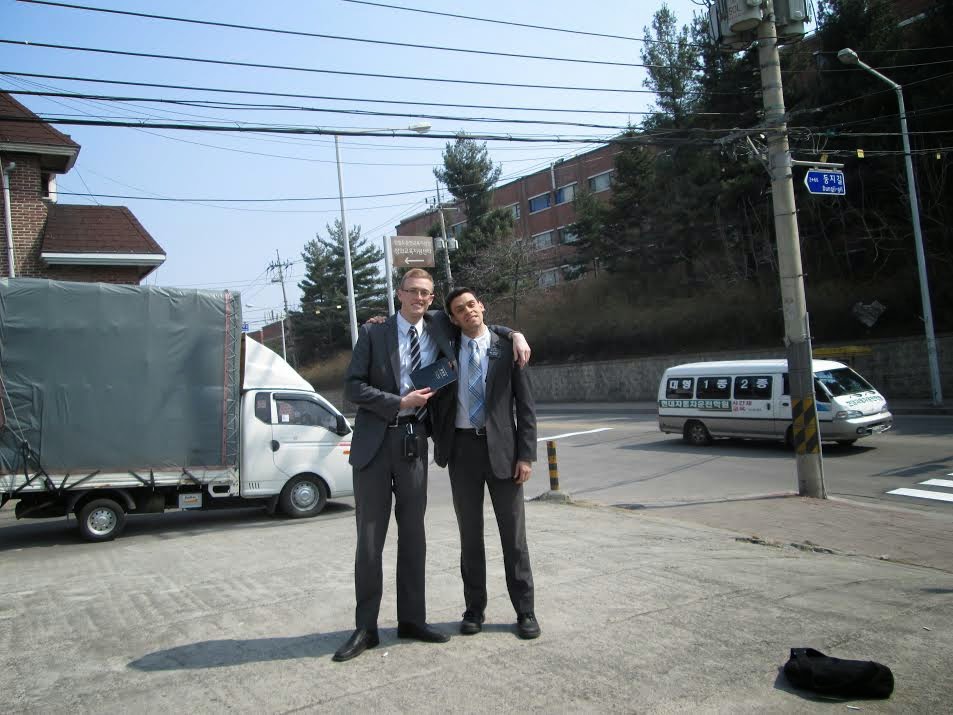 My new companion... is ... from Canada and he's a freak at Korean and a really hard worker. Really hard worker, but in a fairly chill way, so we get along pretty well. We are also doing great work together so far, probably because we are pretty similar in a lot of ways and are both pretty good at jundo.

Chuncheon is a really nice little city. Actually it isn't that small, but it isn't Seoul. I think that may have damaged my perception of what a city is. It's a little more quiet and laid back than Seoul is, with more of a countryside feel to it. The people here are incredibly nice, for the most part, more so than anywhere that I have served thus far. The ward is about as small as a ward can get, but full of really solid members, so I think there is room for growth. There are also a couple of colleges, so there are still students to talk to, though there isn't as much English as there is in Seoul either. I guess that's for the best, it will help me learn Korean better.

We haven't had any major appointments since I've got here, but we should be a bit more busy with the stuff that we set up this week. One of the guys that I jundoed to was one of the Olympic short track speed skaters in the 2002 Olympics in Salt Lake. I think that means I watched one of the worst moments of his life. That's what he says anyways....

Doing good! I would send more of an update if there was more of one to send. We found a new investigator named Bruce Lee, which is significant because everyone in this country is named Lee but no one else that I've met has made that joke.
Our most progressing investigator said that he wants to get baptised (when he is ready) and serve a mission, so we will keep on that, but he also was unable to go to church this week because he was on a road trip with a bunch of his college friends...including females. We'll mention the Law of Chastity in the near future, perhaps.
I went on an exchange with Elder H (greenie) which was enjoyable. He's a nice guy who loves 18th century Britain, drama (which I found out after he asked if I had heard of the Pirates of Penzance ;)), and random puzzles. I'm on something of a psychoanalysis kick, so I asked him a lot of questions about things and got to understand the way he sees the world a little bit better. Probably a little more of a realist than me. I'm trying to decide whether to adjust accordingly.
Also, President stopped in for church yesterday and I found out that the reason that I black out so much when I stand up is because, brace for jealousy, America, my blood pressure is too low. He advised eating more salt. Check and mate, where's my popcorn?
Also, I had an extreme trial yesterday. We were jundoing and as I walked past a cell phone store (all of which blast music, usually Kpop) I got a full blast of "M m m m m m m m mad madness" (Madness by Muse for the ignorant) that literally stopped me in my tracks. So good! So not ok! Moving forward felt like I was towing a car behind me.
That's about my week. Loves!
at 9:30 PM