Exciting week last week. There were a lot of highlights, but the week as a whole was just awesome. I've been happier than I've been in a while. Something in the water, maybe, but more likely I'm just glad I'm not cold anymore.

Our stats last week were also great. Felt like a really productive week of missionary work.

Last P-day we thought we were going to go hiking up North Korea Mountain (Bukhan San) but Elder L__ had other plans. 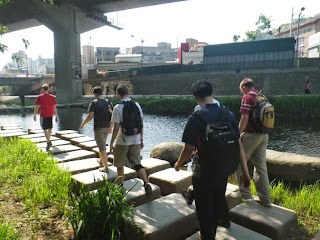 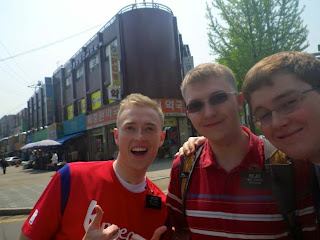 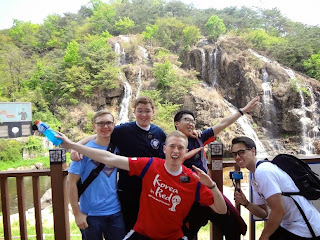 Miscommunication ended up taking us to this mountain that was a bit less intense, but was equally interesting. For those of you who are cool (translation: have seen Lord of the Rings before), the phrase "The Beacons of Minas Tirith!" may bring to mind a scene that describes where I was. Apparently that system of signal fires on the peaks of mountains is something that was actually done in Korea. We hiked to the top in an hour or so and had a great view of the majority of Seoul. I climbed up the signal and though I sat on the top...well still a heights coward. Couldn't bring myself to stand. 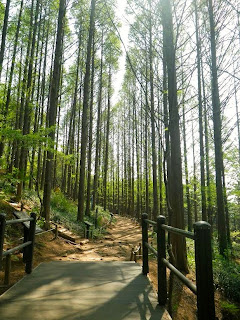 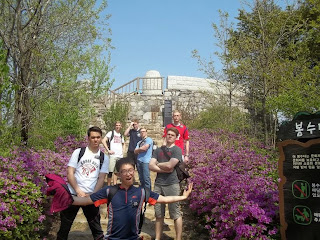 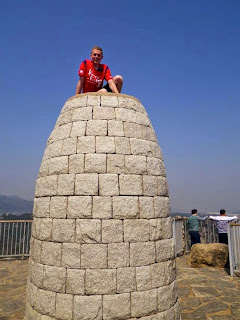 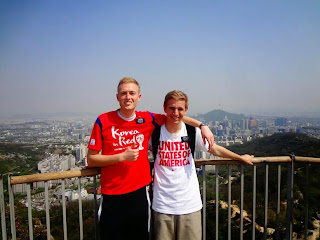 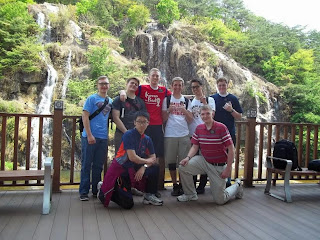 Finished of the day by going to a Donkatsu (cutlet) buffet. Epic. 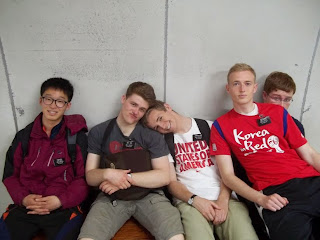 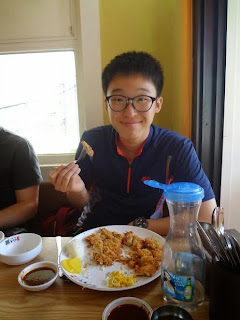 Also went on exchange with Elder P___. I like him. We were able to get a lot of stuff done, but it was still very chill, which I appreciated. He told me about a book called the King Killer Chronicles, which made my list. Sounds hilarious.

Final district meeting this week was about Enduring to the End. Saving those details, but very glad to be done.

Elder M___ and I have been teaching a lot on the street. We met one older guy who we are going to meet again today who claimed all kinds of visions and things. Another couple of guys took the first lesson at a table in front of their hospital. We also found a couple of less active guys. One of them joined and quit the church 30 years ago after having his faith challenged by the whole Lamanites-dark skin-curse-racism thing. I explained it to him and totally resolved the whole thing. The guy still loves D&C and the restoration and everything so there is a pretty solid chance he'll come back now. He said, "I wish someone like you had been there to explain that for me 30 years ago." Also, though we didn't have an appointment, we ran into J___. I still want to help him, but I'm getting disheartened at his lack of desire to be helped. Save your prayers for now.

It was also Elder B___'s birthday yesterday. To entertain the lot of us, I've been making up a pirate themed story starring us during meals and what not and the others have been getting into it. So for his birthday me and Elder H___ had a "district leader coordination meeting" while our companions were out jundoing. We made brownies, then dumped a tub of ice cream on top, sculpted that into a volcano (Isla Inferno of the story) featuring a chocolate sauce lava flow made by melting down two chocolate bars and inserted a couple of model ships (the Aria and the Justicar) supplied by the sisters. We wrote a note and had Elder M___ fold it into a pirate hat and placed it on a mold-able stress head thing Elder B___ likes to play with. Throw a couple of pirate faces on some balloons and voila! Done with seconds to spare. Hopefully it was a memorable birthday for him. 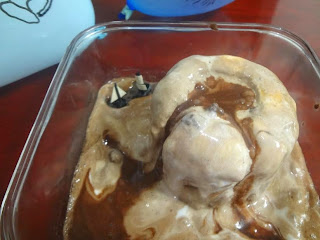 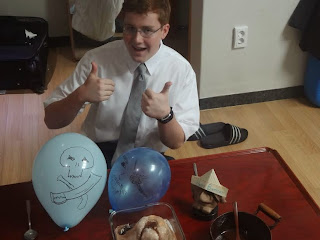 A good week for the work with lots of memories made. Stay tuned for next week!